The geographical range of species change constantly with change in ecological conditions and resource availability. In the recent past, anthropogenic factors largely influence such dispersal. Through this project we aim to ensure long term survival of the species by facilitating movement through establishment of functional corridors. Simultaneously, working with local stakeholders and involve them in conservation activities. We hope to media and facilitate this as part of an effort to ensure conservation of the species and its habitat.

Through this project we will be identify functional corridor and hope to get legal recognition for the same. To ensure long term self-sustainability, we will be forming a farmer’s cooperative society and introduce them to the concept of ‘elephant friendly crops’, simultaneously conducting workshops on techniques of crop protection. Using these strategies, we aim to address both the ecological and social challenges of habitat and species conservation in the present and future. 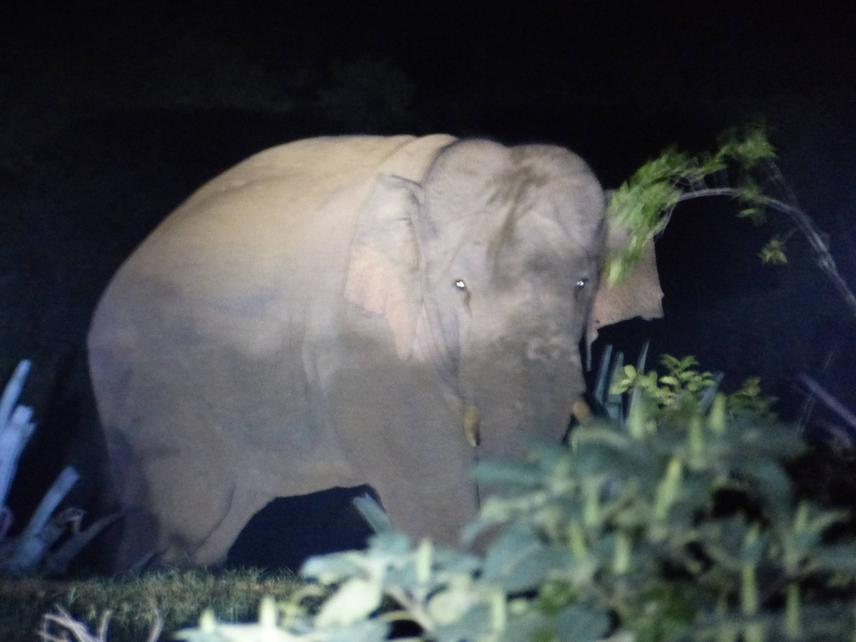 The population dynamics of large herbivores like Asian elephants (Elephas maximus) can be strongly affected by various factors like food resources, habitat quality, weather, predation, disease, parasites, human activities and population density (Krishnaswamy et al., 2009; Madhusudan and Karanth 2002; Madhusudan 2004; Gaillard et al., 2000). With India showing an increase in Asian Elephant numbers while the habitat continues to decline in many of the elephant ranging areas. Given this situation, the elephants will either be in high densities, confined to a small area or many of the edge populations migrate in search of new habitats. These migrations are increasingly happening in the past 10 years. One such landscape, is the Southern Eastern Ghats landscape. The first herd had come in the mid 1980’s into the state of Andhra Pradesh and ever since there has been constant inflow of new individuals into this landscape (Syam Prasad & Reddy 2002; Manakadan et al., 2010). With these herd and solitary males coming into these areas, there is hostile interaction among both the elephants and the people. It is crucial to continuously monitor and facilitate movement, for better management of conflict. At the same time, it is critical to assist the local communities who are relatively less experienced to deal with conflict situation.

The key activities that will be undertaken in this project are:

2. A combination of elephant daily monitoring, resource mapping and elephant movement will help us identify crucial areas and route of movement to detect the functional corridors.

3. A fine scale detailed resource mapping, to assess the viability of the habitat and form a basis to identify corridors.

4. We will conduct workshops on some low-cost conflict mitigation strategies that the farmers can adopt to protect their crop.

5. Using market-based tools we will initiate the concept of “Elephant friendly crops”. This is to try and financially support the farmers and make them part of conservation.

By undertaking these activities, we hope to address human-elephant conflict in the present and future.