The basic objective of this project is the creation of Awareness about latest biodiversity conservation concepts, importance of high altitudinal mountain habitat in wildlife field staff, school children and local communities for batter conservation of high altitudinal mountain ecosystem and as well as woolly Flying Squirrel. Surveys reports regarding the distribution and population status of woolly Flying Squirrel (Eupetaurus cinereus) will be generated as new distribution record in the world. 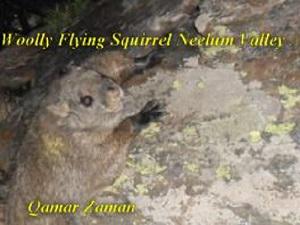 Woolly Flying Squirrel one of the rarest mammals in the world.

The Giant woolly flying squirrel (Eupetaurus cinereus) is least known and one of the rarest animals in the world, having the endangered status (IUCN, 2006). The species was originally known from a few specimens collected in northern Pakistan and Sikkim (Nowak 1999). Before 1994 many authorities considered it to be extinct from whole its range. In 1994, specimens were captured in the Sai Valley, Gorabad, and Balti Gali, all in northern Pakistan. This attempt was rediscovery of the animal in Northern areas of Pakistan. Currently, animal is known only from a very small region around Nanga Parbat, Pakistan. Dry temperate forests associated with cliffs and caves are its preferred habitat which is a unique biological region of Himalayan mountain ranges. 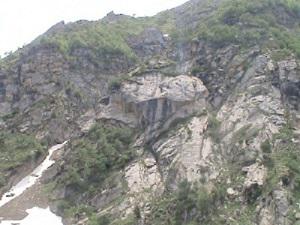 Neelum valley lies in western Himalayan mountain forests which are considered as Biodiversity hotspot a global priority for the conservation. Shounthar area which is part of Upper Neelum Valley lies with in the same eco-region and considered to be host a viable population of this species. Due to the remoteness and inaccessibility of area, no scientific study was conducted in this area in past. It is assumed that the Population of this species in valley is declining due to habitat fragmentation, population isolation through the anthropogenic factors like deforestation, over grazing and unsustainable use of alpine pastures. Lake of awareness among the local community about the sustainable use of natural resources is the major cause of this habitat degradation.

Through this project, efforts will be made to conserve the population of Woolly Flying Squirrel in Upper Neelum valley (Shounthar area). The target will be achieved through Conservation based awareness to local community and school going children. Capacity building of the field staff of Wildlife Department, about latest biodiversity conservation concepts, status of high altitudinal mountain habitat and also the status of relevant endangered/ threatened wildlife species will improve their knowledge about survey techniques, data collection and recent issues in biodiversity conservation. Data will be collected on the population density, distribution, habitat use and threats to Woolly Flying Squirrel in the project area. Collected information will be analyzed to assess the current population status and threats to Woolly Flying Squirrel. Results will be shared with local community to mobilize them for the conservation of natural resources especially Woolly Flying Squirrel.

Wildlife training imparted to the field staff wildlife department through which they will gain knowledge School children and local community will be sensitized regarding the Woolly Flying Squirrel habitat leading to the conservation of this endangered species. Awareness material like posters, brochures, pamphlets and news articles will create general awareness about the values of biodiversity. Custodian attitude in local community regarding wildlife and whole natural resources will be developed.