Ganges River dolphin is endangered cetacean mammals. Therefore, its status and distribution should be known and conserved as natural assets. As a flagship species, conservation of dolphin is conservation of other aquatic species. For this, project will be focused on the investigations such as the status, distribution, threats and local perception towards conservation of dolphin in Narayani River. It will explore the population status with distribution GIS mapping of this species and the main objective will find out the threats. The perception and attitudes towards dolphin will be investigated through questionnaire survey. Furthermore, the national researcher, conservationist, decision maker, and local people will be determined to protection of dolphin in river system. In conclusion, this project will enhance other responsible group for further research and investigation towards dolphin and conservation. 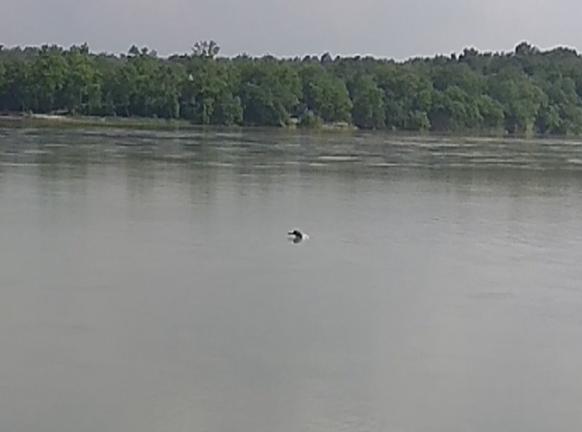 The Ganges River dolphin (Platanista gangetica Roxburgh, 1801) is sorted as “Endangered” in IUCN red list category, as “Critically Endangered” in National Red Data Book, Appendix I by CITES and legally protected endangered freshwater cetacean mammal by National Park and Wildlife Conservation Act, 1973. These endangered population severely threatened by water development projects, water pollution, and adverse anthropogenic activities. In Nepal, the dolphins were distributed in the Karnali, Narayani, Mahakali and Koshi River. But nowadays no dolphin has been recorded in Mahakali River (Jnawali and Bhuju, 2000) and sometimes a few number sighting in Narayani River (Paudel et al., 2015; CNP, 2015). In this regards, a project entitled “Status of, and conservation approach to, the Ganges River dolphin (Platanista gangetica Roxburgh, 1801) in Narayani River, Chitwan National Park, Nepal” has been realized. 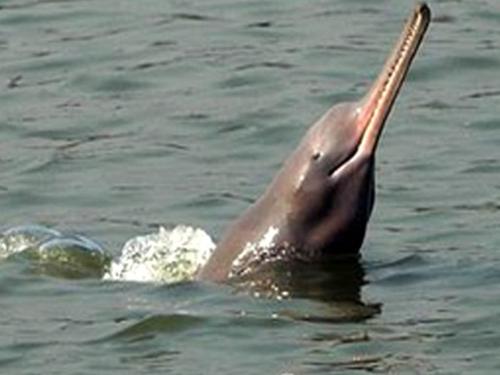 Ganges River dolphin is an important indicator of the management of freshwater resources and this decline could indicate a potential significant deterioration in the health of river ecosystem. It is a flagship species for river conservation (Sinha et al., 2010). As a flagship species, conservation of Ganges River dolphin is conservation of other endangered aquatic species such as Soft-shell turtle (Aspideretes gangeticus), Gharial (Gavialis gangeticus), Smooth-coated otter (Lutrogale perspicillata) and other fish species.

This project will be focused on the investigations such as the status, distribution, threats and local perception towards conservation of Ganges River dolphin in Narayani River. Project will explore the exact population status by combine visual- acoustic survey method with distribution GIS mapping of this endangered species instead of fluctuated population status investigated before. With the population status, the main aim will find out the threats of dolphin conservation. These threats are the main cause of dolphin decline in natural habitat (Narayani River). Perception and attitude of the dolphin conservation in local level will be analysed by using Likert Scale format. Project will be concerned long term dolphin conservation in their natural habitat without any threats with the help of different educational and awareness programs. Finally, finding will generate essential baseline data to start addressing conservation issues for this endangered species. Results from this research, therefore, will be used to educate public, wildlife manager and decision maker about the conservation status and importance of dolphin in freshwater ecosystem.