Non-protected areas are beneficial for many species that occur in higher densities outside of protected areas due to their ecology and food availability. In Sabah, unprotected primary and secondary forests host threatened and rare species, however the inventory of their biodiversity is lacking as research often only focus in protected areas. Especially the detection of night active and rare animal species is often difficult due to the dense vegetation cover and outdated methods to study wild nocturnal mammals. To date, there are no comprehensive assessments of the distribution of these species in the state of Sabah although these charismatic species are already threatened. Many nocturnal species have an important role for food security such as pollinators, seed dispersal or even helping in tree productivity. However, due to a lack of research on their behaviour they are often misunderstood and in danger when in close contact with human settlements. 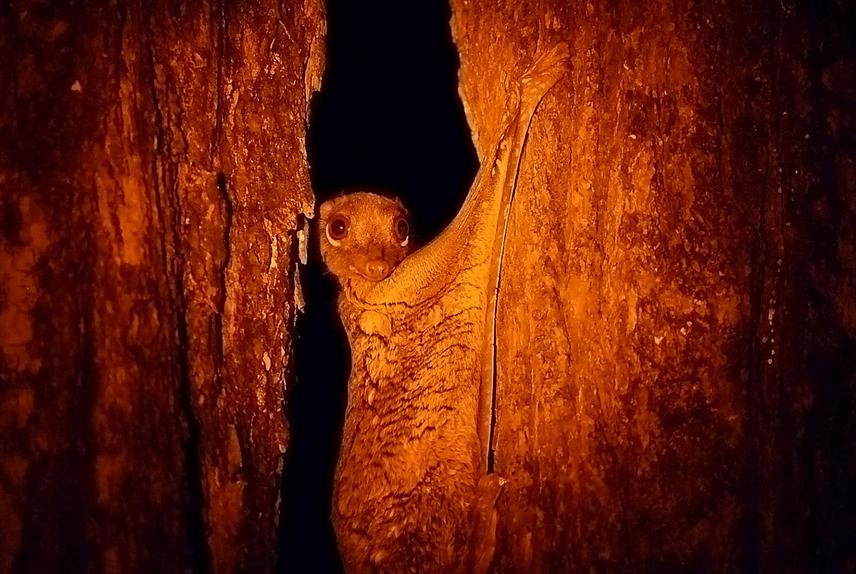 For this project we will use red light and thermal imaging which have been proven to enhance animal detection and reduce negative effect to nocturnal animals. Many nocturnal animals such as flying squirrels or slow lorises are negatively impacted by white light which can cause long-lasting damaging effect to their vision or even their health which have been observed many times during night tours.

A survey of different site in the west coast of Sabah will be conducted using transects to update the population distribution of nocturnal mammals both inside and outside protected areas. During this survey both local students and tour guide will be welcome to learn about the surveying techniques and how to spot mammals more efficiently at night.

Efforts to study and conserve those nocturnal species may also benefit the local communities who often engage in eco-tourism and wildlife tours in the region. Therefore, this project proposes to identify areas of high conservation values suitable for ecotourism activities where we will work with local tour guides to develop an ecotourism program including night watching following the highest standard of animal welfare. This will include a week-long workshop with theoretical and practical training as well as discussion to fit the need of the community.

Header: Group activity with the public using red light to spot mammals with the moon in the background. © Wi Darren.