Amphibians of Sikkim Himalaya: An Assessment of Distribution Pattern and Conservation Aspect

Further, this study will assess the threat status of amphibian species which will assist to identify vulnerable zones and species which require conservation prioritization. This study targets to sensitize local communities and schoolchildren on the ecological importance of amphibians, to evoke a sense of responsibility and community ownership of the amphibian diversity in their areas. Additionally, this study intends to train the field officials of State Forest Department to identify amphibian species, their possible habitats and undertake amphibian conservation measures in Sikkim. 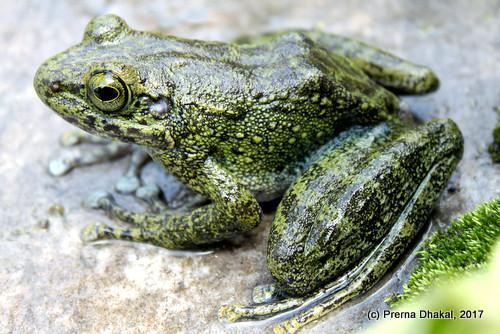 The Eastern Himalaya including Sikkim and other North Eastern states of India is one of the biodiversity hotspots of the world. The database of amphibian species of Sikkim and their distribution is still incomplete, making their conservation status in this region incomprehensible. Amphibian populations are declining globally at a rapid rate even from pristine natural forests and protected areas. However, amphibians of Sikkim are amongst the least studied taxa with incomplete database and no threat assessments, probably due to their highly cryptic nature and marked seasonality. Hence, this study aims to investigate the amphibian species richness and turnover rate along the elevation gradient of the Teesta valley, which covers a significant part of Sikkim Himalaya. This will assist in the identification of elevation zones crucial for conservation prioritization considering the amphibian diversity. 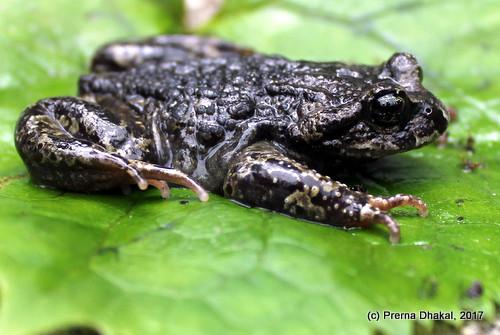 Awareness programmes aimed at local communities and school children will sensitize them towards the ecological importance of amphibians and promote community conservation activities. Training field officials of State Forest Department to identify amphibian species and their probable habitats will aid in effective implementation of amphibian conservation measures.

The Teesta valley will be divided into a total of seven elevation zones (<500m, 500-1000 m, 1000-1500 m, 1500-2000 m, 2000-2500 m, 2500-3000 m, 3000 m <). Each zone will have atleast six sampling sites which will depend on accessibility and the probability of having possible amphibian habitats. Standard time constrained Visual Encounter Survey (VES) supplemented with night stream transect surveys will be used for sampling amphibians. Morphometric measurements of individual amphibians and microhabitat details will also be recorded. Climatic variables such as temperature and precipitation will be recorded in each elevation zone for analysis.