Vitellaria paradoxa (Kotschy) A. N. Henry, Chithra & N. C. Nair (Sapotaceae)is a keystone species of the parkland agroforestry system that extends across the wooded savannah of Cameroon, providing a range of environmental services at the landscape level and nutritional and livelihood resources for smallholder farming communities - particularly the rural women who gather its nutritious fruit, and process the kernel into shea butter. At the same time, the species is classified as vulnerable by the International Union for Conservation of Nature (IUCN). However, previous studies were limited to the phytochemical content of the shea butter, and they could not address the evident tree diversity of the species, including fruit traits - identified as a significant driver for farmer selection and sustainable management of the species on farmed parkland. Of particular note is a provenance found only in the West region of Cameroon, which appears to be facing extinction. But other origins are also distinctive according to traits. 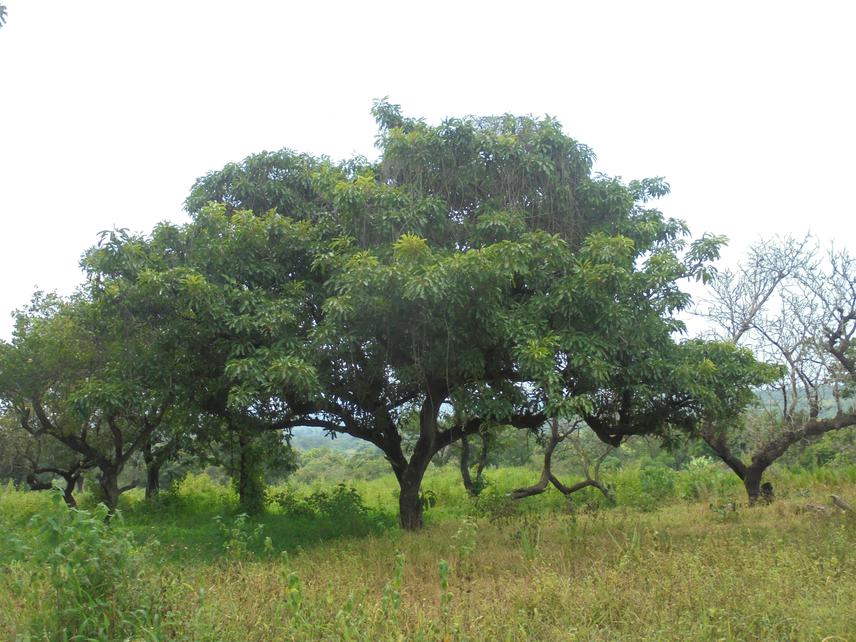 Given the low density of the species in some areas, against ongoing trends of landscape fragmentation, declining fallow, and increasing environmental risks, it is seen as crucial to document and conserve the unique shea populations of western Cameroon before they disappear, as has been the case elsewhere in Africa (the case of eastern Uganda).

The project activities will include an (i) floristic inventory of woodland species; (ii) assess their regeneration status; (iii) examine the nutritional profile of the shea fruit pulp; (iv) identification of key priority species in collaboration with the smallholder farmers, who will be equipped with skills for tree propagation techniques of valued indigenous fruits and tree species; (v) The farmer-managed natural regeneration and enrichment planting of indigenous trees on the farm will support the regeneration of the overstory and its associated biodiversity.

The results will help to understand (1) the tree diversity of V. paradoxa and associated woodland species in the West region; (2) the ecological niche of the species in the study areas where it will be documented both diagnostically and as a baseline; (3) the factors influencing the success of propagation methods (cuttings, air layering, grafting), and farmer-managed natural regeneration; (4) key actors for the development and conservation of this vulnerable genetic resource.

In complementary to farmer-managed natural regeneration, the integration of propagated plants into existing farming systems (according to the needs of local smallholder farmers) will serve enrichment planting of key species as a means of ensuring the sustainability of on-farm biodiversity of the savanna woodland through community-based participation in land management and restoration.