Participatory Monitoring of the Baird’s Tapir in the Darién, Panama

Movement and Conservation of Large Endangered Ungulates in the Darién: The Tapir and the White-Lipped Peccary

Study of the Baird’s tapir population in the Darién National Park and its buffer area, while involving local people to value and enhance tapirs conservation. 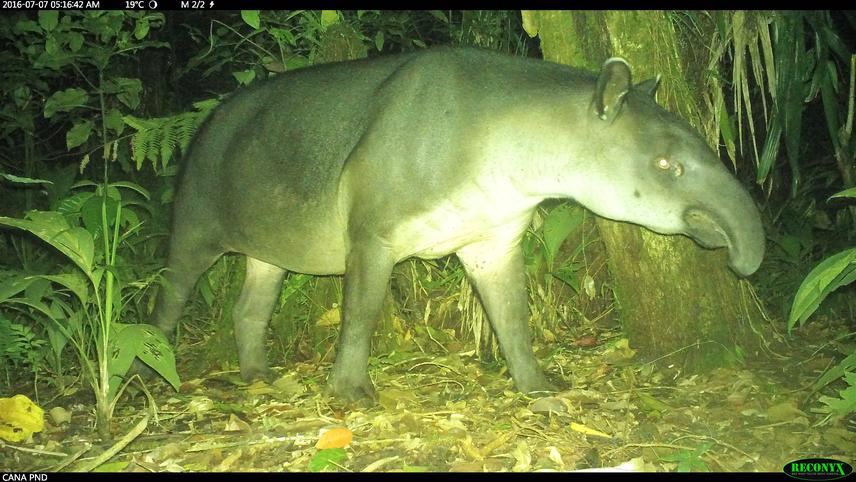 Terrestrial ungulates are increasingly becoming endangered in Panama principally due to habitat loss and unsustainable hunting, and the remaining forest habitat is fragmented and may hamper movement of species along the isthmus. That is especially the case of the Baird’s tapir, which is rare or extinct in many areas of Panama. The Darién National Park (DNP) acts as one of the last stronghold for tapir population in the country; however, despite its protection status, it is highly disturbed by human encroachment and the associated activities (i.e. illegal deforestation, poaching, cattle farming and agriculture expansion), threatening the population of tapirs.

In this study, I will first investigate how tapirs cope in the DNP and particularly in its buffer area where they face higher risk of persecution, using camera traps. The objective is to verify if tapirs are still able to move and use the forest fragments around the park limit, which would indicate that these fragments could serve as stepping stone for dispersion. Simultaneously, Emberas people (the local indigenous) will assist during the completion of the study; involving local people who coexist with wildlife permit fostering greater awareness towards wildlife conservation.