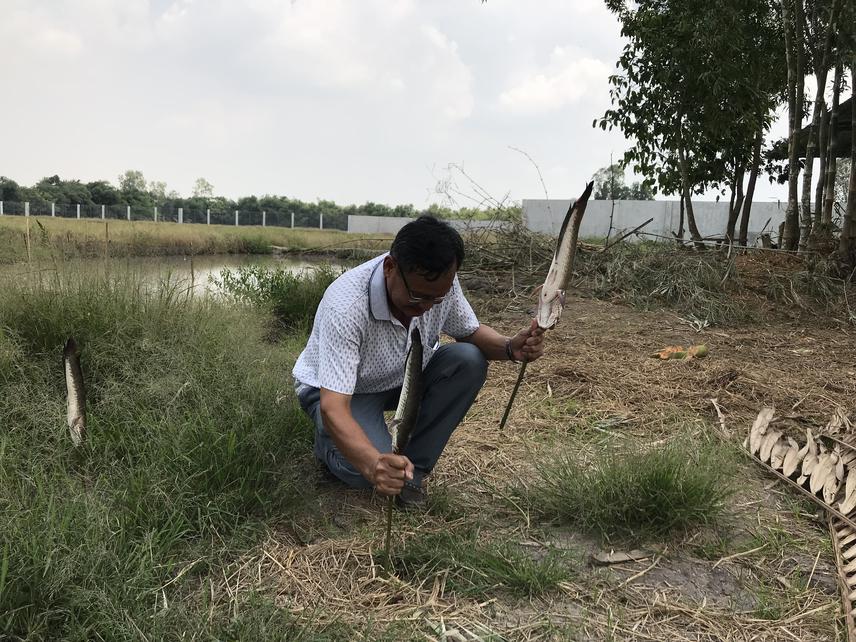 The Vietnam Government issued the Resolution 120/NQ-CP on 17th November 2017 on sustainable and climate resilient development of the Mekong Delta. By 2050, The proportion of ecological agriculture and high-quality agriculture will reach 80%. The resolution focuses on shifting the way of thinking in agricultural development from mainly rice cultivation to from quantity to quality and from chemical based agricultural production to organic and hi-tech practices (The Government of Vietnam 2017).

This project will be implemented at Vinh Hoa Phu Commune of Chau Thanh District of Kien Giang province. The commune is rich in agro-biodiversity located between the Cai Lon and Cai Be River where fresh and brackish water interfaced. In the wet season from May to December, farmers cultivate a single traditional, long term (5- months) rice (lúa mùa) crop, integrated with freshwater prawn (Macrobrachium rosenbergii), rotated by saltwater shrimp in the dry season. Several nutritious chemical free traditional rice varieties are cultivated including: Tàu Hương, Trắng Tép, Móng Chim, Một Bụi, Ba Bụi which were perceived as most tasty and nutritious. These varieties are under endangered because the HYV rice was mostly adopted by small scale farmers across the Mekong Delta.

The project will undertake seven research for development activities within 12 months, commencing in July 2020.

1. A participatory approach is used to map the linked agriculture-nutrition-health of 50 smallholder farmers and their family members.

2. Soil and water data collection and analysis to set up baseline indicators for measuring climate resilient farming system in the coastal deltas.

5. Three endangered traditional rice species will be puriﬁed on the ﬁelds, pre-selected and reserved. The best tasty rice and climate resilient varieties will be tested.

6. Two stakeholder workshops will be hosted in the district to advocate government policies to promote climate resilient farming systems to secure nutritional food for rural communities.

7. Three papers will be submitted to peered review journal to share scientiﬁc knowledge with global and Asian deltas.