The aim of this project is to monitor long-term biophysical-socio-economic conditions of the traditional floating rice based agro-ecological systems and intensive rice farming systems in An Giang province of Mekong Delta, Vietnam. The results of this research will be input into environmental and agricultural policies in the Mekong region. 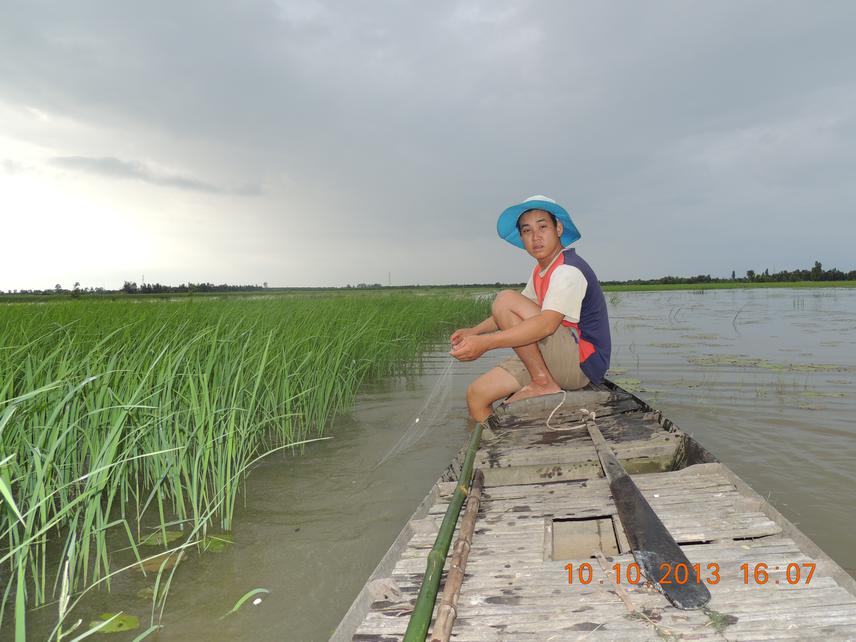 Floating rice based farming systems were introduced in the Mekong Delta during the Nguyen dynasty (1705). This system exploited seasonal floods and continued until 1990s. Since high yielding rice was introduced in the late 1960s, it quickly replaced floating rice by using irrigation and systems of protective dikes. High dikes eliminated the ecological benefits of floods. In 1975, there were 0.5 million hectares of the floating rice, but by 2013, this dropped to 50 hectares, found in Tri Ton district in An Giang province. The project will support our on-going floating rice based project site in Luong An Tra and Vinh Phuoc communes of Tri Ton district of Tri Ton district and compare it with an intensive, fertiliser dependent farming area (Cho Moi district of An Giang province) where dikes were built in 2002.

This project is based on: existing research projects on soil, sediment, biodiversity and inland fisheries of the floating rice-based farming systems in the floodplain parts of the Mekong Delta, carried by Research Centre for Rural Development (RCRD) of An Giang university; and the results of the long-term experiment at Rothamsted in UK, in order to address current agricultural and environmental issues in Vietnam's Mekong Delta.

Conservation and Development of the …
Promotional Materials