Mycobiota of Bosnia and Herzegovina is still poorly understood in general, while fungal diversity of mountainous lakes is completely unknown. These lakes often represent remote and isolated habitats with harsh weather conditions and pronounce subalpine to alpine climate.

In these extreme habitat types, some of the highly endangered and rare fungal species might occur.

Through this project we aim to record and identify fungi inhabiting some of the most important glacial and other mountainous lakes in Bosnia and Herzegovina so the preliminary checklist could be created.

By doing full IUCN risk assessment for each species recorded, publishing relevant scientific papers, finishing comprehensive monograph about mycobiota of these lakes and making a documentary, we want to create solid scientific basis for an update of official documents when fungal conservation is considered in both entities as well as to promote importance of protecting these fragile ecosystems and sensitive fungal species living there. 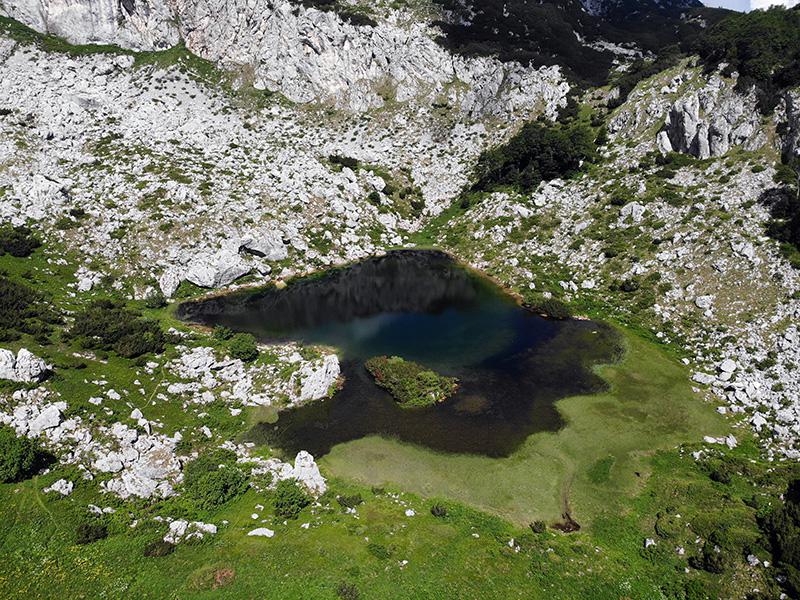 Mountains cover large areas of the territory in Bosnia and Herzegovina. With mean altitude of 625 meters a.s.l. it is one of the highest countries in the Southeast Europe. Most of its mountains belongs to the Dinaric Alps system that stretches in the northwest-southeast direction through several other countries as well. These mountains are built from different geological components and are home to scattered and various types of freshwater ecosystems many of which are well preserved and isolated primarily thanks to their remoteness and unapproachability.

Alpine mycobiota of Southeast Europe is poorly understood in general. On the one hand, there are a significant number of mountainous lakes that mostly originate from glacial activity in the high mountains of Bosnia and Herzegovina, but mycobiota of these refugia is completely unexplored. Nevertheless, these specific habitat types could be one of the last well-preserved alpine reservoirs for some extremely rare stenovalent fungal species. Our intention is to discover as much fungal species inhabiting these unique natural phenomena as possible and to publish the results with adequate launch of sustainable conservation program for their long-term protection.

Glacial and other type of mountainous lakes are under severe threats, predominantly pronounced in the processes of natural overgrowing, which might lead to their complete disappearance and possible extinction of some still undiscovered fungal species in the near future.

These alpine and/or mountainous habitat types should be home to some intriguing saprotrophic, parasitic or even few ectomycorrhizal symbiotic fungal species. All found species will be photographed in situ using macro lenses, macro flashes and tripods. Recorded species will be sampled and transferred to laboratory in statu vivo and with part of a substrate. Detail microscopic analysis will be conducted for every collected fungal species, while most important morphological and delimitation micro characters will be photographed too.

Successful project implementation should be valorised through:

• Identification of new or confirmation of earlier identified IFAs