During workshops with children and adults will be recording the traditional knowledge about resplendent quetzal (Pharomachrus mocinno), horned guan (Oreophasis derbianus), baird´s tapir (Tapirus bairdii), and jaguar (Panthera onca) inside of the Reserva de la Biosfera El Triunfo; and andean condor (Vultur gryphus), mountain tapir (Tapirus pinchaque), spectacled bear (Tremarctos ornatus) and jaguar in the Parque Nacional Sangay, Ecuador. Furthermore, the main human emotions caused by the species will be identified during the workshops. These spaces will promote the traditional knowledge exchange among the participants as well as their biological and ecological knowledge about the species will be raised. “Wildlife teams” will be integrated with some of the participants of the workshops to continue with conservation activities inside of communities of both reserves. The findings of the traditional knowledge and human emotions will be a base for future conservation strategies implemented by the manager institutions in both reserves. 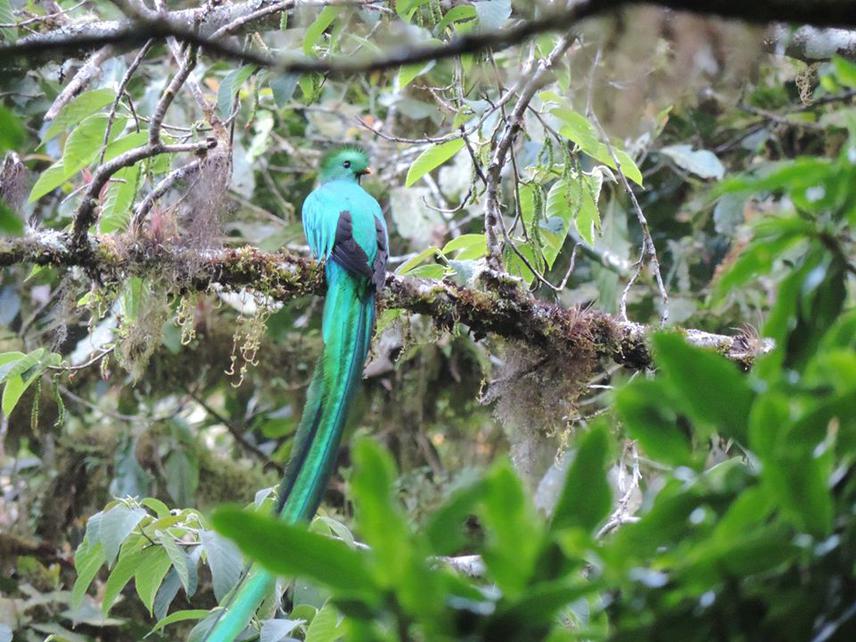 Cloud forests are in approximately 0.26 per cent of the Earth´s land surface, they are important collectors of water and are the habitat of many endemic and threatened species. Reserva de la Biosfera El Triunfo (REBITRI) in Mexico, and Parque Nacional Sangay (PNS) in Ecuador are two reserves where these forests are protecting.

During this study, several workshops will be attended by children, young and adults that live in communities. During these spaces, a dialogue among the participants will allow the exchange of traditional and scientific knowledge about species as resplendent quetzal (Pharomachrus mocinno), horned guan (Oreophasis derbianus), baird´s tapir (Tapirus bairdii), and jaguar (Panthera onca) inside of the REBITRI; and andean condor (Vultur gryphus), mountain tapir (Tapirus pinchaque), spectacled bear (Tremarctos ornatus) and jaguar in the PNS. During these spaces, it will be increasing the interest of people to learn about the species at the same time that conservation attitudes will be raised, especially for those species that are perceived as a threat for humans and their interests. Besides, during the workshops will be identified the basic human emotions (happiness, anger, sadness, surprise, fear and disgust) caused by animals mentioned previously. These spaces will allow encouraging the participants to integrate the “wildlife teams”, which will have support to continue with conservation activities inside of the communities of both reserves.

All information of the workshops besides of the interviews with key informants and participant observation will be used to design the outreach material, this tool will help to instil pride and interest in the local communities for the relevant species and the cloud forest. The resulted findings will be presented to local institutions (Comisión Nacional de Áreas Naturales Protegidas in Mexico, and Cutin Organization in Ecuador) to improve the understanding of the current relationships that communities have with wild animals. These results will be a base for future conservation strategies that consider the well-being of the communities as well as the wildlife.