The proposed research will conduct an empirical study of sociality in a large marine predator, the bull shark (Carcharhinus leucas) occupying the top levels of the trophic food web and perceived as solitary. The study site is the Shark Reef Marine Reserve in Fiji, where for nearly 20 years, provisioning at this site has brought together a multitude of individual sharks. Visiting sharks have been observed to interact socially and anecdotal observations suggest individuals differ in their patterns of social behavior, all of which has potential ecological and evolutionary implications. 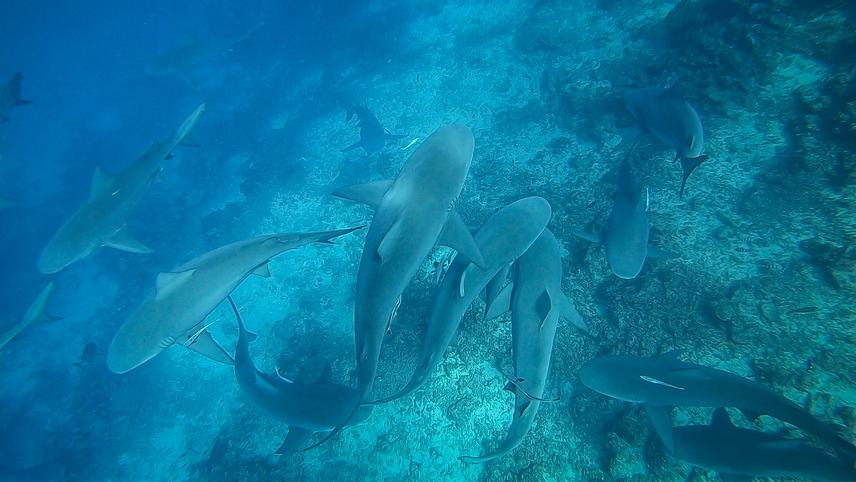 Bull sharks are considered as Near Threatened (NT) on the Red List of Threatened Species by the International Union for the Conservation of Nature (IUCN). However, there is paucity of data on populations and their distribution. Bull sharks are a coastal species, and as such their habitats are subject to major anthropogenic alterations and tend to overlap strongly with areas of high fishing pressure. Recent research has shown that Fiji’s insular bull shark population is genetically distinct and largely closed (Glaus, K.B.J. et al. 2020), making them especially vulnerable to anthropogenic stressors. With the Covid pandemic leading to ever increasing overfishing all the way to outright poaching, this is of particular concern.

The aims of this segment of the research are to characterize the personalities of named individual sharks, build a bull shark family tree, and identify social groups within the population. This 1st Rufford Grant will enable me to conduct valuable genetic analysis to identifying the paternity distribution so that we can assess the extent of inbreeding as a threat to the population.

Social structure and personality as novel and valuable tools which can be wielded in a manner to effectively promulgate conservation measures for both C. leucas and for the critical reef ecosystems the species is part of. This novel research will help to further inform the local authorities about the life history of Fiji’s bull sharks, this in order to collaborate and develop the best possible strategies to efficiently protect this unique and precious resource that is not only vital to the preservation of our reef ecosystems but also contributes dozens of millions in sustainable revenues to our tourism industry.