Diversity, Conservation Education and Awareness Among People for Usefulness of Bats in Punjab

The bats are the least studied group of mammals in Pakistan. This is the first initiative in Pakistan that aims to document information of the faunal diversity of bat in the Margalla Hills National Park, Islamabad while creating conservation awareness among the school children and imparting education to the park staff. 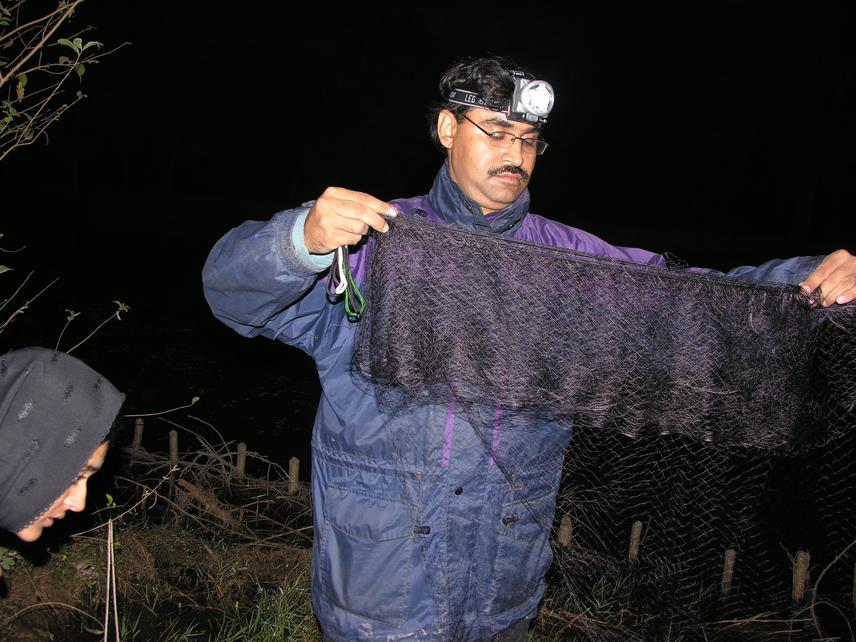 Bats comprise more than one fourth of the known mammal species of Pakistan. Although eight bat families are reported to exist, the exact number of chiropteran taxa occurring within the country is uncertain. Information on many species is based only on museum or literature surveys, with no recent population or distributional information. The chiropteran biodiversity of the country is however comparable to any other region of the world with similar climatic conditions. Pakistan’s bat fauna is richer and more diverse than the largest bio-geographic region of the world – the Palaearctic: 25 genera and 8 families of bats exist in the Palaearctic as compared to Pakistan, where more than 50 species of bats representing 26 genera and 8 families are present within a small geographic area.

According to the 2002 South Asian Bat CAMP report, Pakistan is also the home of five globally Near Threatened and two vulnerable bat species. The proposed project will help to up-date our knowledge about the bat fauna present in Margalla Hills National Park, Islamabad. It is also the first initiative to create a sense of bat conservation among the park staff and locals residing within and adjoining areas of the Margalla Hills National Park.

Bats are rarely considered in either environmental policies or educational projects in Pakistan. As a result, the country is unable to meet its commitment to the Convention on Biological Diversity (CBD), of which it is a signatory. Since, there has been no long term field study on any bat species in Pakistan; the proposed project will provide baseline information on the current status and distribution of poorly known bat fauna of Margalla Hills National Park (Pakistan).

Policies governing the management of biodiversity in Pakistan are in place. However, the paucity of scientific information on bats and the lack of trained staff in wildlife science are the main impediments for effective conservation. The proposed project is designed to cover both these aspects. Capacity building of the individuals by providing equal opportunities to the female post-graduate students will be the core focus of this project. The proposed project will train future leaders of bat science in Pakistan who will be able (i) to conserve poorly known bat species and their habitats and (ii) resolve issue related to human-fruit bats conflict agricultural areas of the country.