Subspecies Status and Distribution of Leopards in Pakistan

This study aims to better understand the presence/absence, abundance and demographic structure of leopard in Pakistan. We will establish a strong liaison between wildlife departments and local people and build awareness and enthusiasm among the local school children for protecting their resident leopards. We will add to the existing scientific knowledge of species assessment at national and international level and will allow managers to prioritize the conservation efforts for the endangered leopard subspecies in Pakistan. 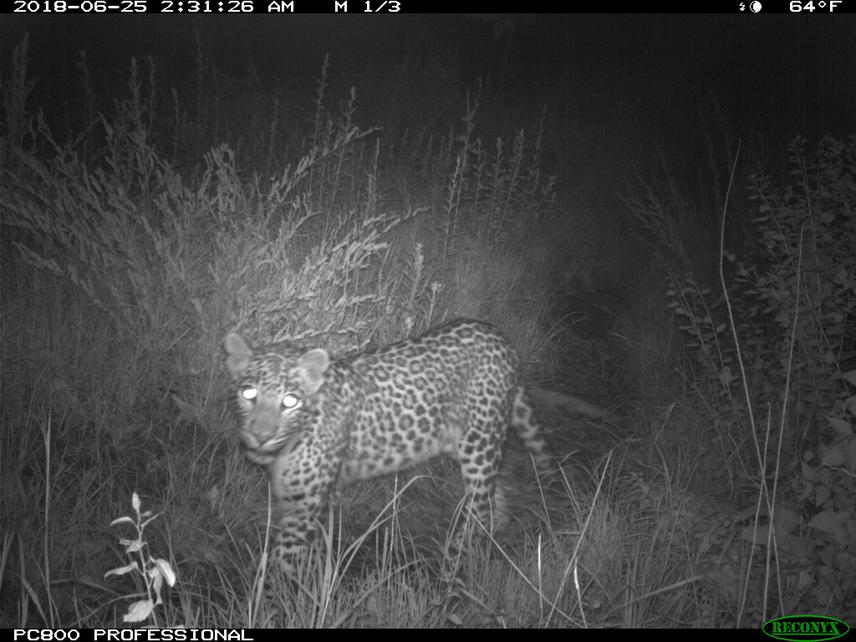 The common leopard Panthera pardus population is declining throughout its range and has been re-categorized from near threatened to vulnerable on the IUCN Red list 2016. In Pakistan the leopard is sparsely distributed throughout the country. The northern area of Pakistan (Galyat, Murree, Sawat and Kashmir) is considered to have a stable leopard population, however there is no scientific data to support this statement. The demographic structure and distribution of leopards across Pakistan also has limited understanding. As the habitat has become increasingly populated and there has been a significant decline of many species presence in various habitats. We aim to understand the presence/absence, and population abundance of leopards that can become the baseline for the monitoring and conservation of leopard in the future.

We will use a camera trap network to obtain presence data for leopards through a GIS approach to delineate the current distribution across the country. We also aim to reduce human-leopard conflict and establish a strong liaison between different stakeholders, including the wildlife departments and local people. Community awareness sessions will be conducted in villages and schools in close proximity to the observation areas once the data is analysed for activity hot spots and individual leopard recognition from their unique pelage pattern. This will build enthusiasm among the school children for protecting ‘their’ resident leopards. This research will be a major addition to the existing scientific knowledge about leopard distribution and status in a region (Pakistan) with little data. The data collected will be used by wildlife departments to focus their conservation efforts on the endangered leopard in Pakistan.