What Factors Limit Mountain Zebra Populations in Namibia and when is Intervention Necessary for Conservation Management?

This project will study the population of Hartmann's Mountain Zebra and its effect on the fragile karoo habitat. We will estimate population size using individual recognition and capture-mark-recapture techniques and assess the the long term viability of the population and the park's carrying capacity. 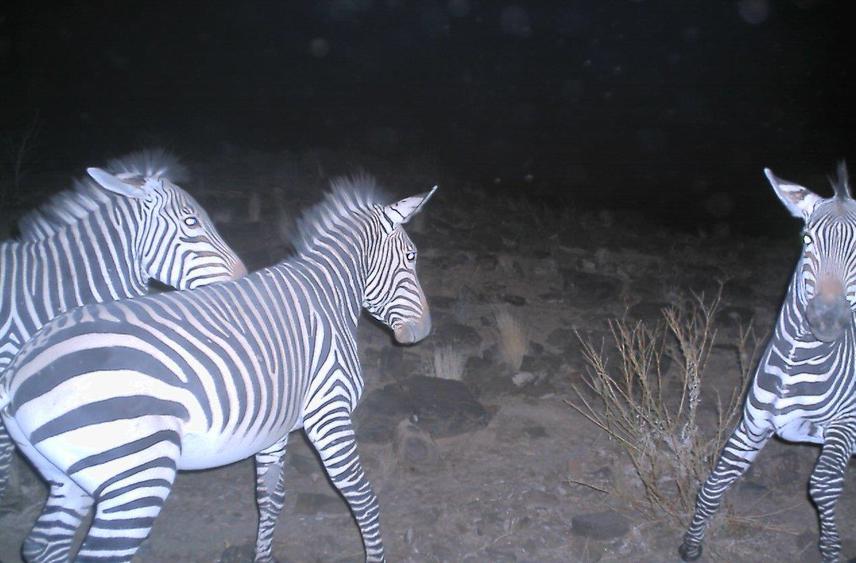 Our project is on the conservation of Mountain zebra, Equus zebra, in southern Namibia. Mountain zebra are endangered (IUCN Red List Category EN Endangered A1a) but locally they reach densities that may damage the fragile karoo habitat on which they depend, particularly when confined within protected areas.

We are studying a newly protected population of Hartmann's mountain zebra population (E. z. hartmannae: IUCN Red List Category EN Endangered A1b) and their arid karoo habitat in Gondwana Cañon Park, a recently established 120,000 ha reserve in southern Namibia. This park is adjacent to Fish River Canyon National Park and zebra pass freely between the two areas. We will estimate population size using individual recognition and capture-mark-recapture techniques. Fortunately zebra each have unique stripe patterns and so individual records can be established and used for these demographic estimates. Some of these individual records are obtained from camera traps that we are using to estimate the numbers visiting different water sources and the movements and dynamics of social groups as they make use of different areas during wet and dry seasons.

Ultimately we aim to assess the long-term viability of the population and the park's carrying capacity. This will also involve study of the fragile karoo habitat and the impact of grazing on the herb layer. 2006 has been a year of exceptionally good rainfall but rainfall is very unpredictable and the park also needs to support herbivores through successive dry years. The foraging behaviour of mountain zebra, like many species in very arid habitats, evolved to allow exploitation of unpredictable patterns of rainfall over very large areas. A key adaptation is their ability to move large distances to take advantage of patchy primary production following local rainfall. The data obtained will be made available for conservation management to the owners of Gondwana Cañon Park (who are also helping fund our work), and the Ministry of Environment and Tourism.