This project will be a continuation of a study on black bullhead in the Ponjavica Nature Park and of its experimental rearing in the Centre for Fisheries and Applied Hydrobiology (CEFAH) of the University of Belgrade – Faculty of Agriculture. Lake Markovačko is selected for ichthyological and phytoplankton research to obtain data on fish stock before and after black bullhead selective removal and on the effects of this measure on the ecosystem metabolism. With regard to experimental rearing, the project will aim at new commercial technologies, with different food combinations, to produce the final product – fish of consumable size.

This project will link selective removal and experimental rearing of black bullhead for the first time and thus offer a potential solution for the management of this highly harmful invasive species.

This research will also provide insight into changes in phytoplankton diversity and structure depending on the black bullhead removal. 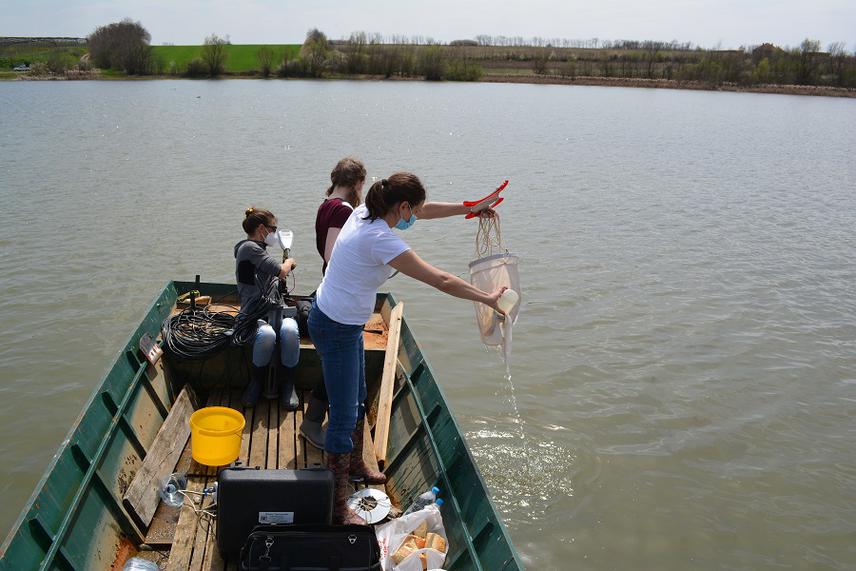 Invasive non-native species have been identified as the second most important factor likely to cause a loss in biodiversity over the coming decades.

The black bullhead is one of the most widespread non-native fish species in European and Serbian freshwater ecosystems, often establishing abundant and sometimes stunted populations. A number of studies have suggested negative effects on native fauna through predation or competition for food or through competition for space.

This project represents the continuation of a ten yearlong study on black bullhead population characteristics, which resulted in a doctoral dissertation titled "Population dynamics and ecotoxicology of the black bullhead (Ameiurus melas Rafinesque, 1820) in Sava Lake".

In this earlier project, we obtained exact, comprehensive, reliable and promising results. In order to validate the results of the removal and experimental rearing, we decided to continue with the project.

Lake Markovačko is selected as the new site for the fieldwork, because their Fisheries Service has been successfully carrying out mass removals of this species for many years. It would be tempting to look at how the structure of the fish community is changing when removal is more effective and when it takes place in a different ecosystem.

We will expand the ichthyological research by including colleagues from the Chair of Algology, Mycology and Lichenology of the Faculty of Biology, who will sample water to obtain qualitative and quantitative data on phytoplankton. At the same time, we will use the multiparameter sonde, which will provide insights on changes in phytoplankton assemblage.

The initial body mass of the black bullhead increased twice during the first experiment in the recirculating aquaculture system (RAS) and 3 times in the cage system. In this way, the concept that black bullhead could be experimentally reared was confirmed. In order to get an answer as to whether the black bullhead specimens could reach a consumable size and whether nutrition can improve the quality of their meat, we are planning to continue the experimental rearing using three systems: two from the previous experiment (RAS and cage) and one new – the pond system, and to use standard commercial and omega 3 fish feed.