The black bullhead is among the most abundant and successful non-native fish species in European (including Serbian) freshwaters, which has led to occasional attempts of its selective removal from lakes. This project will provide precise and scientific data on the fish fund before and after its selective removal. The Ponjavica Nature Park is selected as the site for the field work. Moreover, the removed specimens are to be used in aquaculture as fry for stocking. Rearing would be experimentally realized in the Centre for Fisheries and Applied Hydrobiology "Mali Dunav" of the ODPF "Radmilovac", until reaching marketable size. In this way, the endangered ecosystems would be continuously freed from this pest, and at the same time high quality food would be produced for human nutrition. This project will determine whether it is possible to expand this idea to bigger lake ecosystems as well as to fisheries that do commercial rearing. 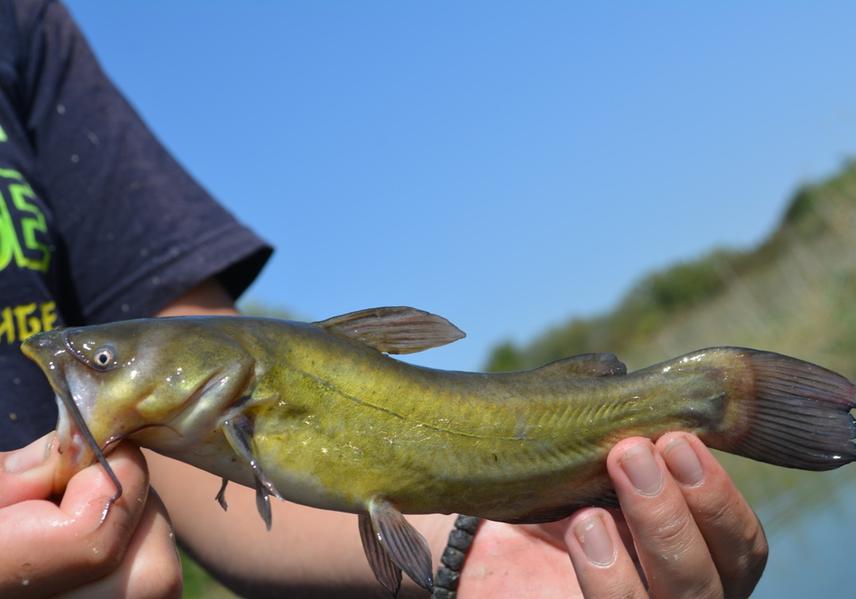 Invasive non-native species are one of the main factors that harm the biodiversity.

The black bullhead is a very harmful invasive species that forms dense populations and has a negative impact on the native ichthyofauna by preying on or competing with the native species for food, habitat or spawning. It can also cause quantitative changes in the population structure, if it becomes a dominant species. In reducing its negative impact on the native ichthyofauna, its removal (especially of its juvenile specimens) is considered to be effective based on the research results.

This pilot project aims to quantify the population dynamic of both the native and non-native ichthyofauna of the Ponjavica Nature Park after the removal of the black bullhead. Field work would imply the monitoring of fish stock for two seasons. In the first season, the zero-point state of the fish stock would be established, and then the specimens of the black bullhead would be removed, while in the second season any changes occurring as the result of previous activity would be monitored. If the changes prove to be positive and significant, this method could be applied onto other water bodies in Serbia invaded by this species.

Laboratory analyses have been planned for a certain amount of fished out specimens to obtain data on their food, resources allocation, general state and reproductive potential.

So as not to waste the caught fish, the idea is to use it for human food. This is a high quality, very nutritious and tasty fish. The only problem is that in a natural environment it reaches marketable size after a longer period. Thus, it is intended that a certain amount of caught fish be experimentally reared in the Centre for Fisheries and Applied Hydrobiology "Mali Dunav" ODPF Radmilovac of the Agricultural Faculty, University of Belgrade (CEFAH). The plan includes researching rearing in fish mesocosm systems, cage and tank systems, with different food combinations in order to achieve the most optimal increase.