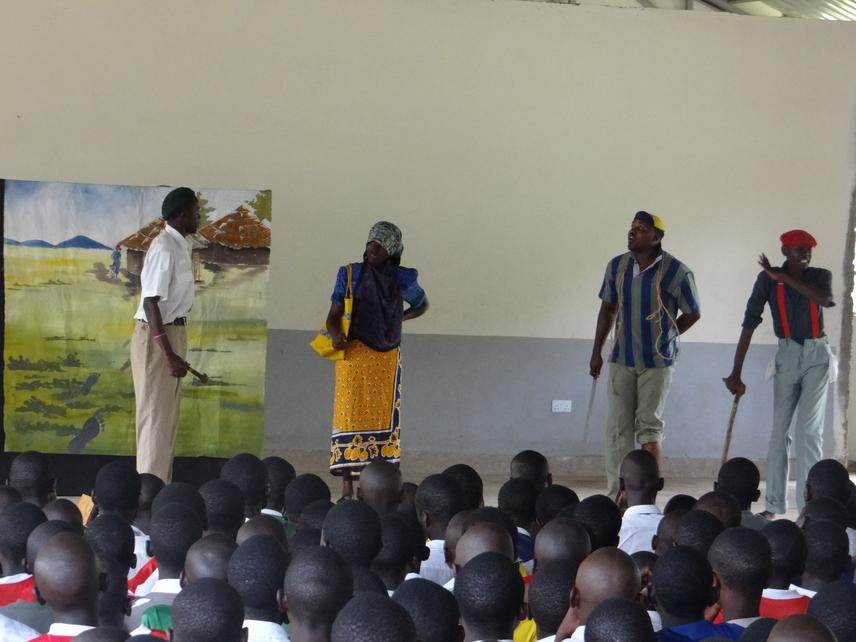 This second RSG project originates from key recommendations and proposed interventions of my RSG project conducted in Busia Grasslands and Ruma National Park IBAs in western Kenya from August 2011 to August 2012. Cumulatively, we recorded 43 pairs of the globally Vulnerable and locally endangered intra-African migrant Blue Swallow species. The numbers of this species has shown inconsistency from previous studies largely as a result of the patchiness of the species in habitat distribution and choice, inconsistent data collection and local threats facing the species in its non-breeding range in western Kenya.

Local people in Busia and Ruma are largely illiterate on conservation while the management of Ruma NP is ignorant about the species despite its global conservation importance. As a result, the species is hunted for food and sale posing a direct negative impact on its already small population. This calls for extensive environmental education targeting local communities, management of Ruma NP and environmental clubs of local schools. There is also need to lay foundation on data collection to determine the ecology of the species in its non-breeding range through monitoring.

This project will tackle the challenges facing conservation of the Blue Swallow by conducting environmental education for relevant stakeholders in western Kenya including grass-roots level communities, management of Ruma National Park and local schools’ environmental clubs. This will help create local awareness and present the plight of the species to the local population. Series of meetings and workshops will be made to the project sites. The capacity of newly-created Lake Victoria Birds Working Group (LVBWG) and Ruma Site Conservation Group (SCG) will also be built for promotion of local conservation during these workshops. This project will also initiate the first ever annual monitoring of Blue Swallow populations in western Kenya in collaboration with members of the LVBWG and Ruma SCG. This will help determine the annual population trends of the species that visits its non-breeding western Kenya sites (Ruma NP and Busia Grasslands IBAs) yearly around May-August. With subsequent annual monitoring of the species populations, we believe the data will be instrumental in contributing vital information for determining the ecology of the Blue Swallow in its non-breeding range in the long term.