Our first aim is to reveal the diversity of amphibians in the Upper Paraguay River Basin through some taxonomic adjustments. We will describe a new species of terrestrial frog for the Serra da Bodoquena National Park, as well as synonymize another one of the same genera. These are necessary corrections to serve as a basis for our biogeographic analyses. Thus, using spatial distribution models, our second goals are to assess the efficiency of the Protected Areas to conserve this diversity, taking into account rare, threatened and endemic species, and indicate new areas where greater attention should be paid currently, as well as in the future under land-use and climate changes. Our third objective is to promote environmental education and scientific dissemination of our results to decision-makers, students, Internet users, researchers and visitors of the region. 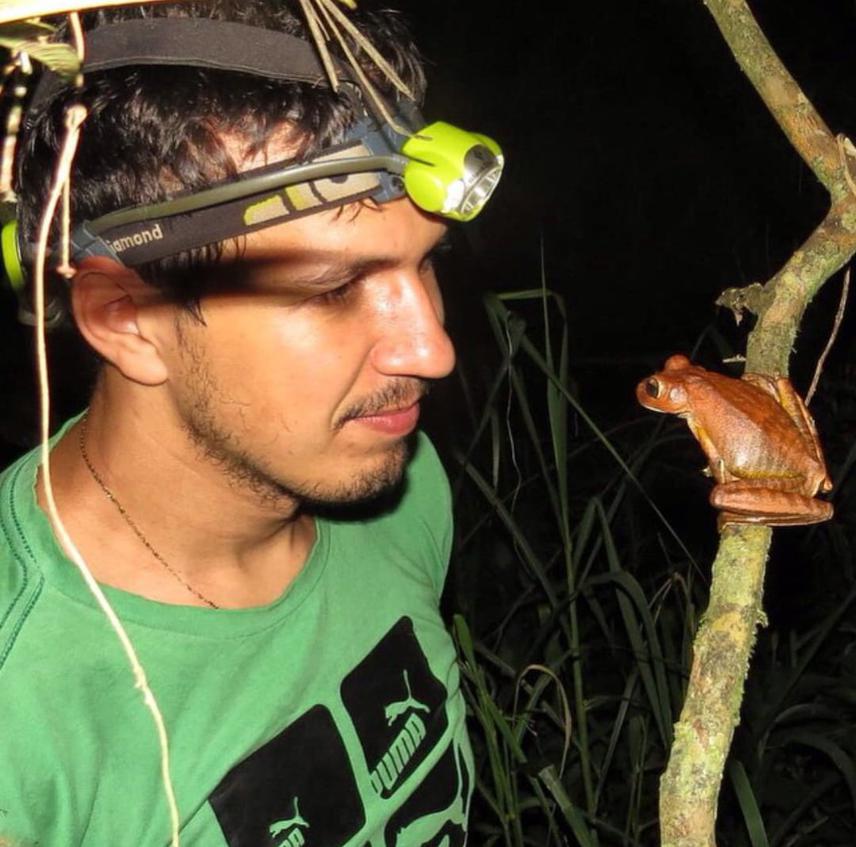 The knowledge generated about each species is essential to create efficient conservation strategies. It is necessary to understand the real distribution of a species to know the coverage rate protected by the network of Protected Areas (PAs), for example. Protected Areas are the key to the real preservation of these species. However, there is a gap in the current PA set, which can leave important species unprotected. The Pantanal floodplain and surrounding plateaus contain a great diversity of amphibians, but still poorly defined in taxonomy and distribution. Through the use of different taxonomy tools, we will carry out some taxonomic corrections for amphibian species from Upper Paraguay River Basin (UPRB). We will also search for new populations and describe a new species of terrestrial frog from the edge of the Serra da Bodoquena National Park, thus advising for concrete conservation strategies for the species. We will also synonymize a congeneric species and reveal the evolution of the genus in the region. We will also report information such as description calls, expansion of distribution, and lists of local species. After these taxonomic adjustments, we will use the correct distributions of amphibian species in the region to assess the efficiency of PAs in sheltering diversity, paying greater attention to rare, threatened, and endemic species. The use of species distribution modelling will show the pattern of species richness for UPRB, currently and in the future under climate change and land-use. This pattern will be overlapped on the set of PAs already established to calculate and analyse the coverage rate of the PAs.

Also, we will indicate important areas for conservation within UPRB through a prioritization analysis taking into account future changes in diversity promoted by climate change and land-use. The results of these works will be widely disseminated on portals, government institutions, and social networks for decision-makers to take effective measures. This project will also promote environmental education and scientific dissemination in public schools in the municipality of Aquidauana and Protected Areas. We will create an Illustrated Guide to Amphibians from the Pantanal to be distributed free of charge to students, parks, and digitally. Thus, we believe that our results will be important for science and for the conservation of species from UPRB, in addition to promoting knowledge for the local community and, over the internet, for the largest number of people.