Douglas-Fir Tree Invasion in Patagonian Forests: Sustainable Ecological Restoration from the Bottom Up

Biodiversity and ecosystem services are threatened in one of the most visited National Parks of Patagonia, Argentina due to an exotic tree invasion. Douglas-fir, the most abundant exotic tree in Nahuel Huapi National Park is aggressively invading under native Nothofagus forest on the Isla Victoria and is converting it to an exotic-dominated forest. The aim of this project is to evaluate different Douglas-fir tree-removal strategies to prevent its expansion by considering the role co-invading soil fungi that facilitate tree invasion. Field experiments will follow to determine the sustainable restoration program needed to revert back to a healthy native forest. 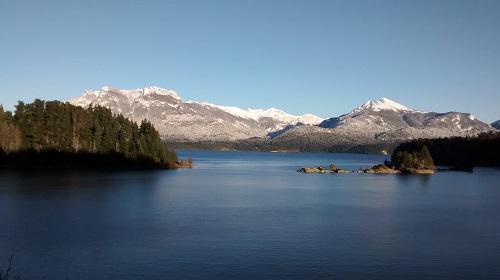 Isla Victoria is an island located within the Nahuel Huapi National Park, in Patagonia, Argentina. At the beginning of the 20th century, the Argentine government established a nursery to assess the growth and yield potential of hundreds of forestry and fruit trees. At least 73 conifers, including most of the world’s known invasive conifer species, were planted. Isla Victoria is now a protected area (since 1943), but some of these plantations remain and many of the exotic species planted at that time, are now well established. 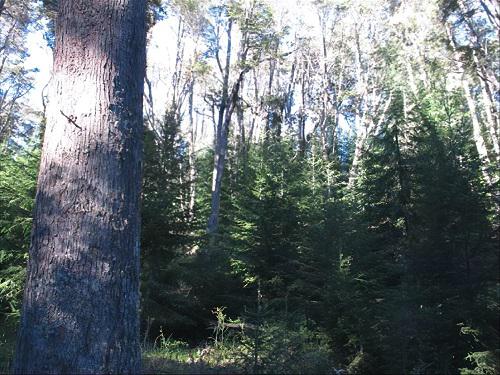 Douglas-fir (Pseudotsuga menziesii) in particular, has expanded beyond the boundaries of the original plantations and is successfully invading into the native forest, being by far the most abundant exotic tree species on the island. As such, Douglas-fir represents a great threat to local biodiversity, especially in protected areas such as this national park and surrounding ecosystems. In addition, Douglas-fir trees have the ability to interact with co-invasive mycorrhizal fungi that facilitate the invasion process; therefore, it is essential to consider the plant-fungal association to delineate effective long-term control strategies. Our project seeks to test different tree removal methods and fungi restriction treatments and to analyze the effects of these treatments, on the regeneration of native species planted by ourselves. Specifically, we will apply mechanical (tree removal) and chemical control on invasive Douglas-fir trees combined with trenching and top-soil removal treatments for the restriction of co-invasive fungi. Then, we will sow native and exotic seeds and evaluate the effect of the different control methods on their germination and subsequent regeneration success. This comprehensive evaluation will give us a deeper understanding of the invasion mechanisms involved and the implications of such control methods on the native tree species’ regeneration potential. Our results will allow for a cost-benefit analysis and a thorough evaluation of the field treatments to control, contain, or eradicate Douglas-fir invasion in the long term. This work will be carried out in cooperation with the members of the Nahuel Huapi National Park, who in turn, will have a fundamental role in our educational purposes.

In the last stage of the project, we will provide advices for local stakeholders, as well as for tourist guides, considering that Nahuel Huapi National Park is one of the most visited in Argentina. We will also hold didactic workshops for initial and primary level students from local schools in order to bring our project closer to the children.