The role of indigenous territories and of Traditional Ecological Knowledge (TEK) has emerged as crucial for tropical forests conservation. Worldwide indigenous communities have started employing technologies to map and monitor their ancestral territories and to communicate their claims internationally. The study will investigate novel forms of resistance towards deforestation and extractivism adopted by Waorani communities in the Ecuadorian Amazon, with a focus on their use of technology for forest monitoring and mapping. By doing so, it aims at answering questions about how communities organise around the development and use of technologies, informing the debate on indigenous peoples’ role in opposing extractivism and combating deforestation in the biggest carbon sink in the world. 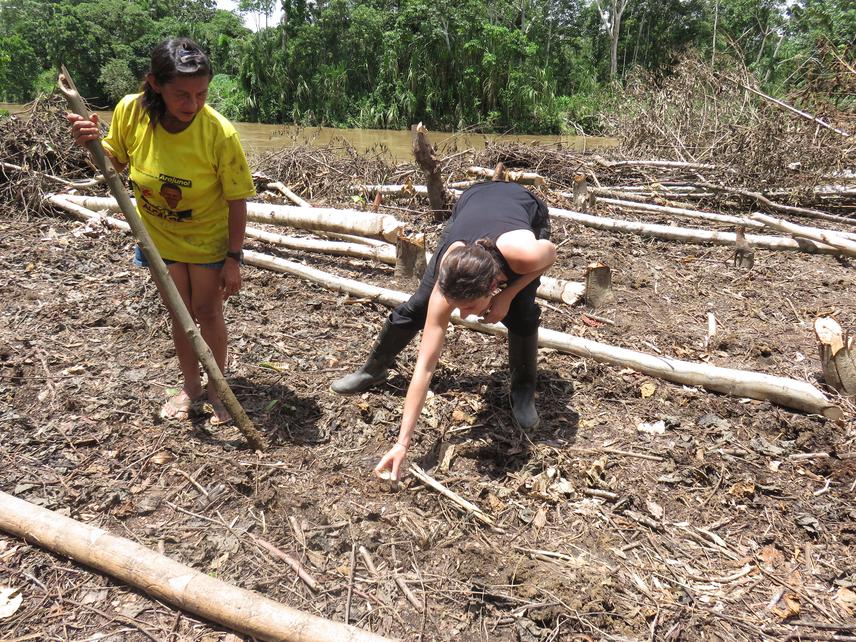 The project will examine innovative forms of organisation developed by Waorani communities in the struggle for the protection of their ancestral territories in the Ecuadorian Amazon, where oil extraction is the main driver of deforestation. By investigating how Waorani are counteracting extractivism and deforestation through the use of technologies such as mobile apps, GPS trackers, cameras and drones, the study will generate further insight into the role of forest stewards played by indigenous peoples in the Amazon. Providing them with everything they need to sustain their social, economic and cultural life, the forest in invested with unique significance. Today, the Waorani of Pastaza are determined to preserve their environment and way of life, preventing the environmental degradation caused by uncontrolled oil exploration and exploitation, the construction of roads and the progressive colonisation of their lands.

I am working in close collaboration with Waorani representative organisations, as well as with Alianza Ceibo and Amazon Frontlines, two NGOs which have been supporting the Waorani of Pastaza in their resistance and in their future planning. Although the greatest part of my fieldwork will take place in the community of Nemompare, on the Curaray River, I will visit different communities in the province of Pastaza, where I will conduct an ethnography as well as Participatory Action Research (PAR) activities.

By closely analysing the processes of development and use of technologies, as well as their recognisable outcomes, I will explore the potentialities and implications of such instruments for both indigenous empowerment and forest governance. Particular attention will be given to the integration of such technologies into the existing TEK system, as well as to the role played by external NGOs.

The project is ultimately aimed at informing Waorani's actions, as well as the interventions of those organisations which are supporting their conservation eﬀorts. Moreover, it seeks to produce knowledge that will advise other indigenous groups and movements facing similar challenges across the Amazon region.