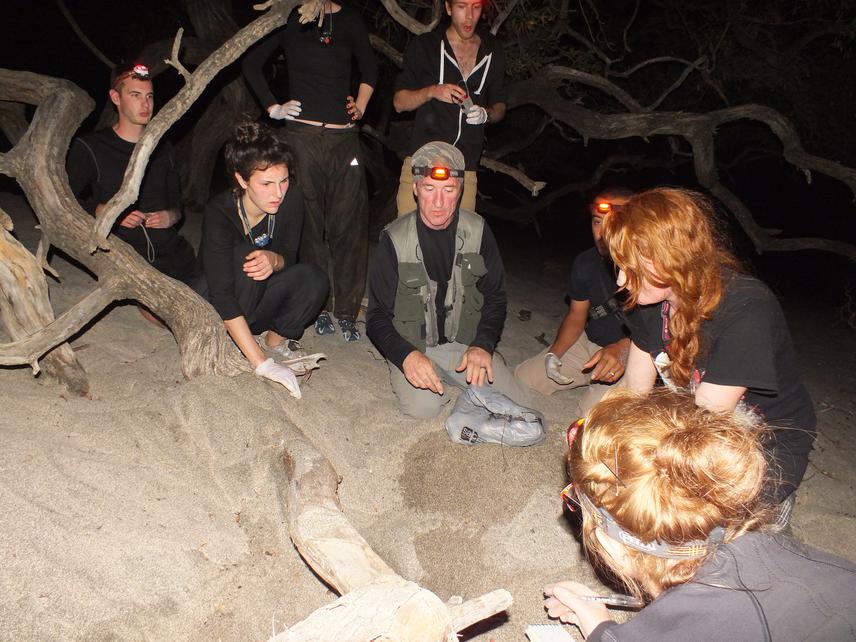 In 1998, Marc and Rachel Ward, U.S. visitors to Punta Pargos, became aware of massive poaching of sea turtle eggs in this area. Subsequent investigations indicated that 99% of the eggs laid on beaches near Punta Pargos were typically poached, and the adult populations had declined dramatically. Although sea turtles and their eggs are protected in Costa Rica, a poor economy and coastal population growth has led to continuation of this disastrous practice.

In 2000, the Wards started protecting a few nests on their own. In subsequent years, they organized Sea Turtles Forever, a small non-profit organization, and obtained permits from the Costa Rican government. STF start hiring local residents (mostly former poachers) to help protect sea turtle nests. STF also realized the importance of educating local youth. Annual programs in the schools have been successful in educating youth of the importance of protecting nesting sea turtles and their eggs.

Through great passion, commitment, and personal sacrifice, the Wards have been able to make important connections to community leaders and even employ former poachers in the conservation effort. STF is starting to turn the tide towards a culture of sea turtle conservation in northwestern Costa Rica.

The focus of the STF project is to restore and monitor sea turtle populations in the Punta Pargos area. We propose to accomplish this through beach monitoring patrols; tagging and collecting data on nesting females, their eggs and hatchlings; educating the local community; and supporting conservation tourism. Building on past success, this approach could be expanded to other nesting beaches along the western coast.