Does the Añelo Sand Dunes Lizard Lives in a Stressful Environment? Approaches to their Reproductive Biology and Immune Status

This project focused on the conservation of an IUCN Critically Endangered species, the Añelo Sand Dunes Lizard (ASDL), endemic to dune environments of The Bajo de Añelo, in Neuquén province. This species only occurs at few localities in a small sand dune system with intensive oil and gas extraction that is causing continuing decline and fragmentation of its habitat and without any plan of biodiversity management (Avila, 2016; Brizio et al. 2022). In addition, studies of ASDL have shown that it is a vulnerable species in the face of global climate change and that the conservation of its habitat is essential to conserve this species (Brizio et al. 2021). 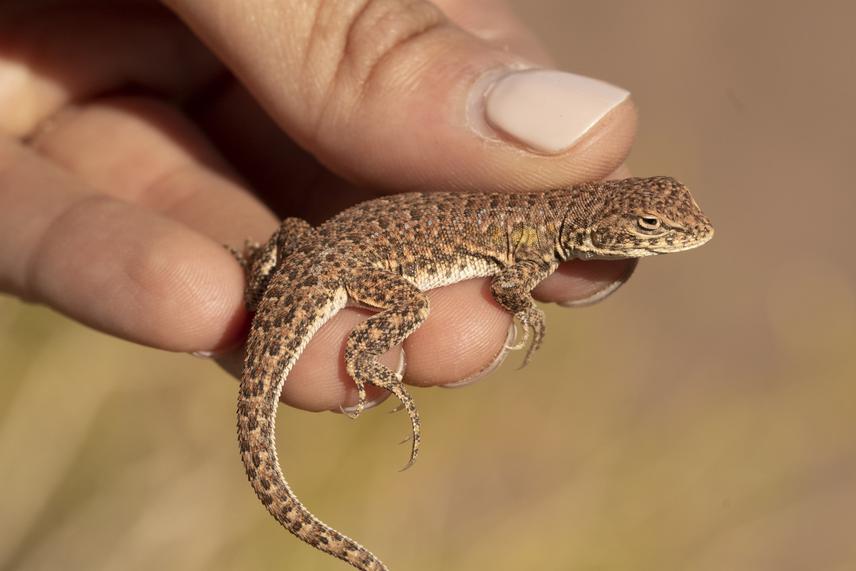 More specific knowledge about its reproductive biology and immune status would help us to make informed decision for a better management plan. In particular, our goal is to study the corticosterone and steroid sex hormone cycles in two populations of ASDL (affected vs non-affected environment) to identify if this lizard is under environmental stress. We hope to quantify the effects of hydrocarbon activity and habitat fragmentation by this activity on the environment in which ASLD lives, based on a comparative study between affected and unaffected sites, analysing in each one: the area affected by the activity (m2), vegetation cover, relative abundance and richness of plant species, availability of micro environmental temperatures in each site of the capture of a specimen, the abundance of ASLD specimens, soil moisture, soil granulometry, soil contamination variables or other variables that we could be observed during field work.

Also, we intend to continue with activities to raise awareness on ASDL among entrepreneurs and local community like schools. Moreover, we will continue to spread our work on social media such as Facebook, LinkedIn and every new breakthrough on radio and newspapers.

Header: Adult of Liolaemus cuyumhue under a bush. © M.V. Brizio.