Lithium production is booming in northwest Argentina in response to growing demand for rechargeable batteries. However, harvesting lithium from salt flats could affect the hydrology and ecological function of wetlands. Based on salt flats features, market trends and tele-coupling analysis we will model future scenarios of lithium mining expansion and its implications for wetlands conservation. Project outputs will be publicly accessible on a web viewer. Inputs from companies, local communities, government agencies and NGO’s will result in transparent, scientifically based, and co-designed land planning and conservation initiatives, relevant for highly vulnerable and valuable mountain ecosystems. 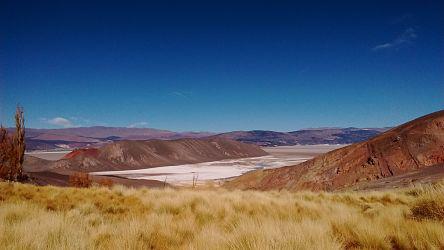 In subtropical dry highlands such as the Argentine Puna, wetlands (peatbogs and lakes) are the major water reservoirs and play a key role in the regulation and provision of water resources, maintenance of local biodiversity and human activities. These ecosystems are exposed to different threats, among which mining is probably the most rapidly expanding and intensive one. Nearly 80% of the global lithium resources are located in the subtropical “Puna” highlands of Argentina, Bolivia and Chile, and lithium mining has grown in the last decades in the region mainly due to the low cost of lithium extraction from brines and its booming global demand for lithium-based batteries, the key component of hybrid electric, plug-in hybrid electric and battery electric vehicles. The use of lithium-ion batteries in electric vehicles, is shown as a “green” alternative to conventional technologies because they reduce CO2 emissions and release comparatively little pollutants. 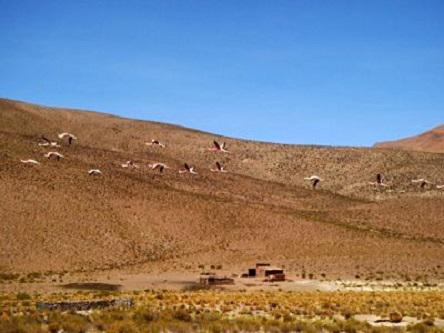 However, its environmental impacts are still barely known. Brine desiccation to obtain lithium could evaporate large amounts of water in areas of extreme aridity which could lead to a decrease of the base level of ground water, thus potentially affecting the hydrological functioning of wetlands, and consequently affecting the availability of fresh water for human, animal and plant populations. As domestic policies and market trends suggest that lithium exploitation will continue to grow in Argentina, this project originates in the urgency to understand the environmental implications of extracting lithium from brines and to assess potential expansion scenarios useful for regional planning in the Argentine Puna.

The project will produce a web viewer to make results accessible and transparent, and to engage different actors providing information about social and ecological variables related to the lithium production. Models (maps) of future scenarios for lithium exploitation in Argentina will be developed for local and regional scales, to be relevant for different decision processes. With this, we will provide key data to understand the socio-ecological impact of lithium mining and will establish guidelines and conservation priorities for Puna wetlands in subtropical Argentina.