The group of cetartiodactyls is a group of mammals in which local extinction or extinction risks have been recurrent for many species. Currently, among the most endangered are vaquitas (Phocoena sinus) which, despite the great conservation efforts invested, every year the remaining population decreases due to illegal fishing, estimating a current number of 18 mature vaquitas (Rojas-Bracho & Taylor 2017). Also in freshwater dolphins, the baiji (Lypotes vexillifer), is classified as critically endangered by the IUCN (possibly extinct in the wild) due to extremely low population numbers (Smith et al. 2017). 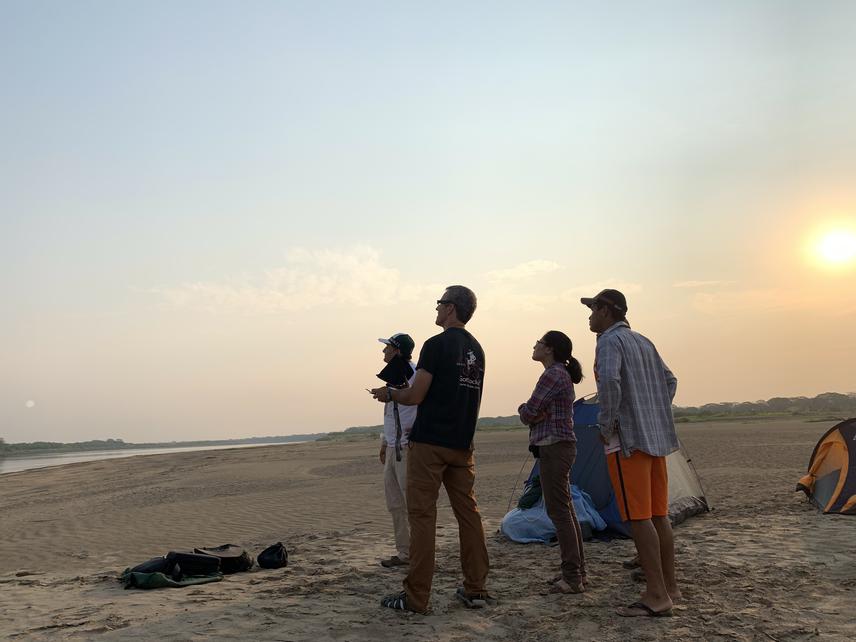 In South America, the genus Inia, is classified as Endangered, due to a rapid reduction of its populations, caused by poaching, accidental captures in fishing nets, as well as loss, degradation and fragmentation of its habitat. Although, at the regional level, knowledge of the species has increased considerably in the last 20 years, the priority remains to assess the population status in order to reinforce current policies and take future conservation measures. The Bolivian bufeo, or pink dolphin, is considered in Bolivia as a State Heritage species, which has its own Action Plan for the conservation 2020-2025 where the research of the size of its populations and the analysis of trends in different regions is established as a strategic line.

The objective of this study is to evaluate the status of river dolphin populations in Bolivia by compiling available information from studies conducted in the country and evaluating the rivers in the priority areas of their distribution, using standard methods at regional level and robust statistical analysis to determine and predict possible population trends of the species. In addition, we will evaluate an alternative passive acoustic method for estimating populations, which is easy to use and provides a more efficient form of long-term monitoring.