The densely populated Cameroon coastal zone has above 75 percent of its population living in strips at averagely 1000m from the shoreline. This makes them particularly vulnerable to floods and unfortunately, they are not equipped with flood adaptation strategies. With mangrove (natural barrier) deforestation rates of 8.28 percent hectares per year driven by fuel wood collection for fish smoking, floods are likely to increase tenfold in the near future. The goal of this project is to build the resilience of the inhabitants of the Cameroon coastal flood-prone zone to seasonal flooding through education and replanting of mangrove forest. 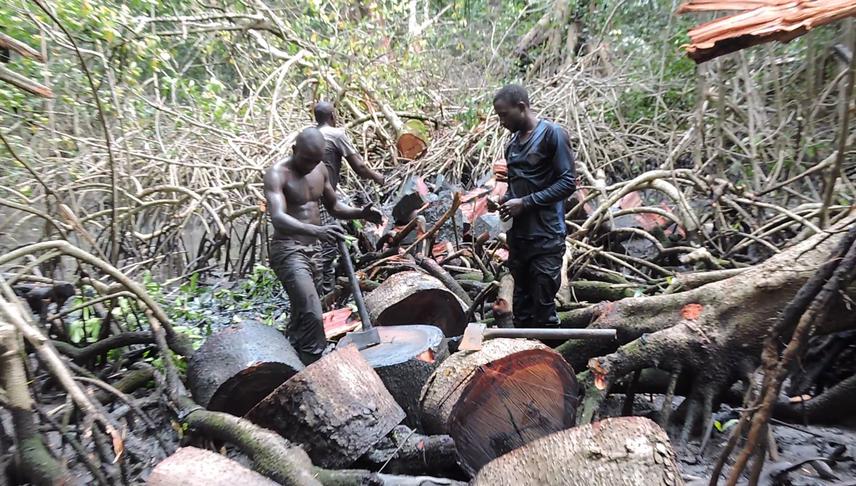 Floods have emerged as the most disastrous, frequent and widespread environmental outcome of climate change in recent decades. Coastal vulnerability to flooding is further exacerbated by the degradation of mangrove forests which serve as natural barriers.

In Cameroon, fuel wood collection for fish smoking and charcoal production is the main driver of mangrove deforestation. The densely populated Cameroon coastal zone has above 75 percent of its population living in strips at averagely 1000m from the shoreline. This makes them particularly vulnerable to floods. This has been further aggravated by high mangrove deforestation rates of 8.28 percent hectares/year, perpetrated by the inhabitants themselves. In the last decade, the Cameroon coastal zones have registered floods averagely once every 2 years, up from once every 5 years (personal communication).

Unfortunately, the people are not equipped with flood adaptation strategies, the national policies that regulate the use of the coastal ecosystems are not enforced for lack of resources and the people are ignorant of the fact that the magnitude of floods depends on mangrove forest intactness. Also there is limited socio-economic and biodiversity baseline information to support planning for flood management.

In as much as little can be done about the rise in sea level, much can be done in building the resilience of coastal people to flooding through education and by replanting mangrove forests (natural barriers).

The inhabitants of Mabeta and Mboma in Fako Division and Njangassa and Bekumu in Ndian Division, all in the South West Region of Cameroon will be sensitized on conservation and the mutual relationship between mangrove forest intactness and flood magnitude & fish harvest. This by the use of posters, flyers during user group workshops and community radio stations. I will also sensitize on early signs of floods, flood preparedness and adaptive & mitigation measures. Community specific flood management plans will be produced (participatory approach) and validated for future use. In order to show solidarity, the project will support some community flood mitigation/adaptation initiatives like constructing local embankments etc. Given that change in attitude is key to the success of conservation endeavours, this project hopes that conservation education will trigger a change in attitude towards the mangrove forest in particular and the environment in general.