The purpose of this research, is to provide information on a disturbance gradient of jaguar occupancy probabilities, from areas very close to human settlements to areas of the forest that are remote and practically inaccessible, all of this outside of preserved areas. One of the most important characteristics of this survey is that as big as the sampling area is and because of the random selection of the points to monitor, we expect the inferential space to be big as well, also thus results will become a good representation of the environmental heterogeneity of the amazon, present inside amazon tropical forests. 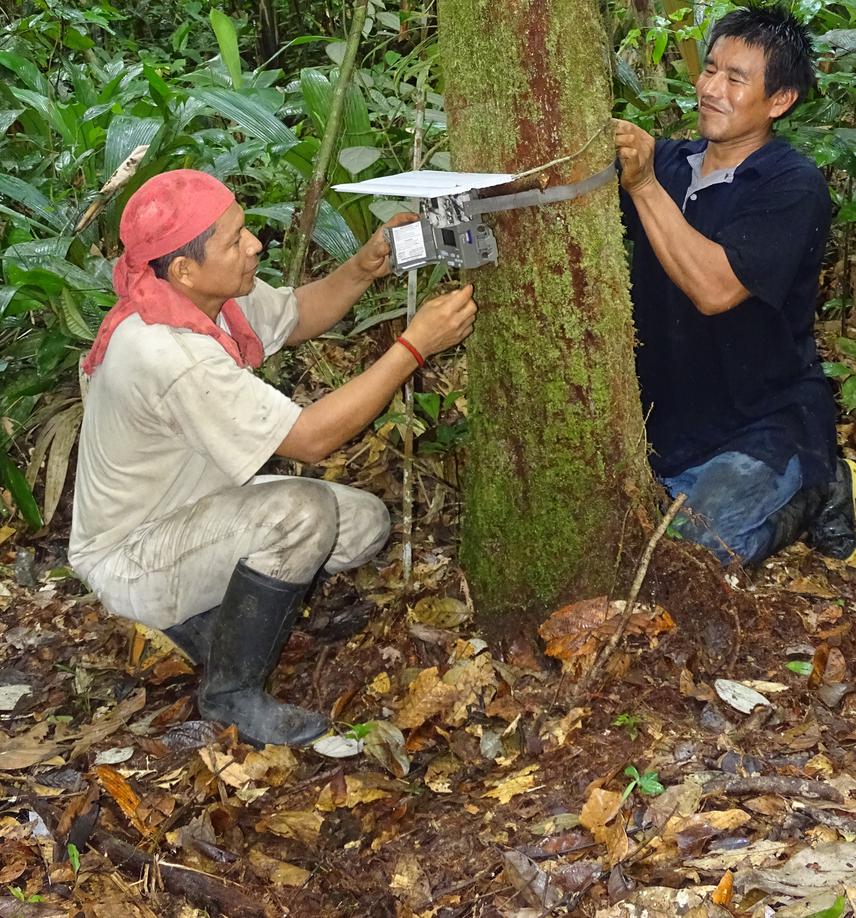 Top predators in ecosystems have significant effects in regulation of the trophic dynamics and diversity in the system in which they live. Despite their valuable role in the food chain, terrestrial carnivores have diminished between 95-99% and this includes jaguars in the Neotropics. Habitat loss and modification, are important agents responsible for feline decrease; this results in changes in the availability of resources, which in turn, alter the dynamics of competition and predatory interactions. Is necessary to understand the complexity on interspecific interactions in multi-predator communities, how processes are affected or how predators contribute to balance and diversity of the system.

Of the five countries that cover the Amazon eco-region (Brazil, Bolivia, Colombia, Ecuador y Peru), Colombia is the country with lowest level of information and studies, and probably the least known population(s) in its entire range. Considering the Amazon is probably the only area large enough to sustain a viable population of jaguar in Colombia on the long term, this lack of knowledge poses an enormous responsibility for our country. Furthermore, Amazon ecosystems are highly dynamic, with severe changes in available habitats during rainy seasons and potentially high dependence on water sources during dry seasons. The density estimates expected until now are inconclusive for Amazonian forests (since some works have shown low densities in similar ecosystems, but extremely high in neighboring regions such as the Pantanal in Brazil), and the permanent growing threats in the area, we urgently need to assess how human influence is affecting jaguar populations and thus solidly support conservation planning in our most important natural region of the country.