The purpose of this project is to use mobile technology to improve responses to human-wildlife conflict incidents and to leverage mobile messaging to change attitudes about wildlife and conservation in the Western Ghats of India. The project focuses specifically on using an SMS platform to help affected people file for compensation. 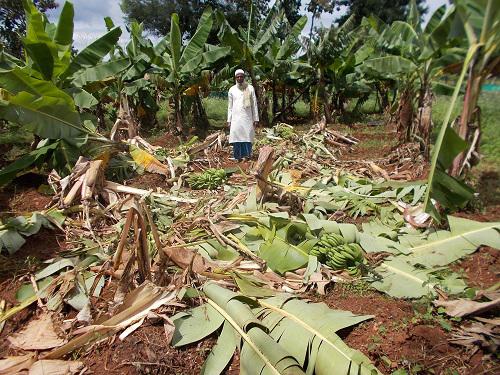 The Western Ghats of India supports among the high densities of tigers, elephants, wild dogs, leopards and many endemic species. This hotspot is also home to over 50 million people, with densities varying from 135 to 443 people/km2. The proximity and sharing of habitats between people and wildlife leads to conflict. Conflict refers to incidents of crop raiding, livestock predation, human injury and occasionally human death. From 2000-2010, the state of Karnataka alone witnessed compensation claims being filed for over 100,000 incidents. However, there are many conflict incidents that are not filed or reported. In 2011, the Rufford Foundation supported a project that assessed risk of human-wildlife conflicts in five parks in Karnataka's Western Ghats. The project has resulted in almost 2000 conflict-land use surveys from February-June 2012. The analyses and mapping of conflict data from more than 2,000 villages has identified conflict hotspots around Bandipura National Park, Biligiri Rangaswamy Tiger Reserve, Nagarahole National Park, Bhadra Wildlife Sanctuary and Anshi-Dandeli National Park in Karnataka. Survey results suggest that response times are inordinately slow and there is resentment building against wildlife, parks and park authorities.

In India, people exhibit some tolerance for wildlife despite experiencing substantial economic losses. However, when people are faced with conflict retaliation against wildlife does occur. The previous study found although using mitigation measures was associated with lower incidents of conflict, there was no individual measure that strongly reduced it. Additionally, we found that 57% of households in the surveyed area reported crop loss to authorities, 64% reported livestock loss and 77% reported human injury or death. However only 31% of these households reported receipt of compensation for these losses. Responding better to wildlife conflicts will not necessarily reduce the number of conflict incidents itself but is expected to increase tolerance and lower retaliation.