Snakes and their Conservation in Rupandehi District, Nepal

Save Snakes Save Nature: A Conservational Effort through Community Participation in Rupandehi District, Nepal

This study will provide most recent and more comprehensive information on snake diversity, distribution and habitat and attitude, knowledge and practices of snake conservation among people in community. 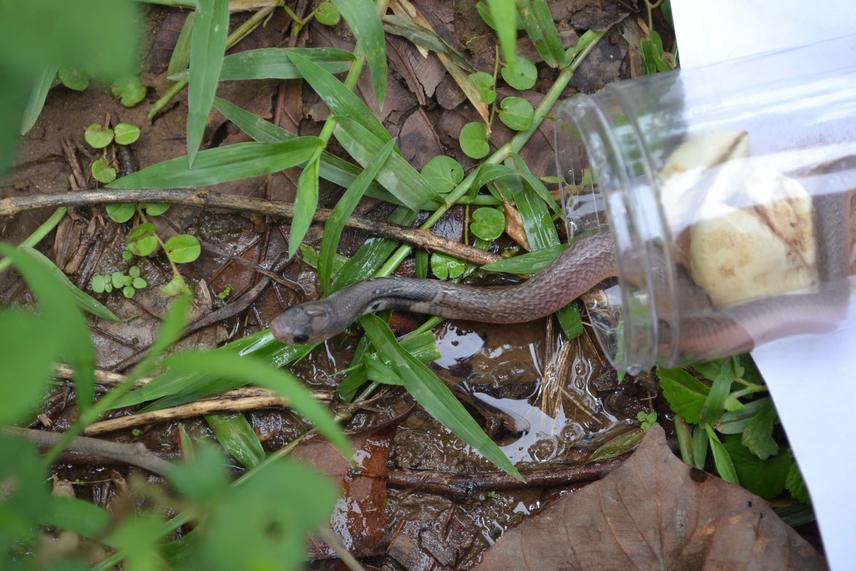 Rescued Naja naja released and going to their natural habitat

Snakebite is one of the common life threatening problems in Rupandehi district. In Nepal, most of the research works have been done in and around National Parks

and Wild Life Reserve areas. Although Rupandehi district does not contains any National Parks and Wild Life Reserves, it has a high no. of snake species of conservation concern, some of which are nationally and globally listed in IUCN Red List Status (Eryx spp., Python spp., Bungarus spp., Naja spp., Ophiphagus hannah, Daboia russelii russelii etc.). We have categorized four different sites from the district. We are going to prepare a checklist of snake species by conducting direct observation and opportunistic visual encounter survey methods to any suitable habitats in the selected sites of Rupandehi district. Community survey will be conducted at four different affected sites of Rupandehi district using random sampling method and standard questionnaire form and 200 locals (50 persons from each site) will be queried to understand snakebite situation, knowledge about and practices against snakebite among people in community.

Many people kill the snakes on sight; whatever the snake is either venomous or non-venomous because of fear of being bitten. We will conduct workshop and awareness programs at different levels of community and will also produce educational materials like posters, pamphlets, calendars, photographs that will be distributed to school students, farmers and other local people showing important facts about snake conservation from which approximately 2000 people will get knowledge about snake and their conservation.

Many of the school and university teaching materials of Nepal have included incorrect information on snakebite first aid comparing with the published guidelines of the World Health Organization, 2010 and Epidemiology and Disease Control Division,

Ministry of Health, Nepal Government, 2003. There are a lot of traditional beliefs, superstitions and misconceptions among people and people killing snakes is having a negative impact upon populations due to which snakes are decreasing in number in nature. So through public awareness programs of this study we will make educational talks giving the knowledge about recognition of venomous and non-venomous species, snakebite prevention, first aid treatments, misconceptions on snakes and the advantages of conservation of snakes to biodiversity which will make a long-lasting contribution to nature conservation. The information may help conservationists, researchers and policy makers to develop management plans and conservation strategies increasing the knowledge on snakes.