We will use coral growth and calcification records (calculated from coral cores) to asses the impacts of global and local stress on coral health. 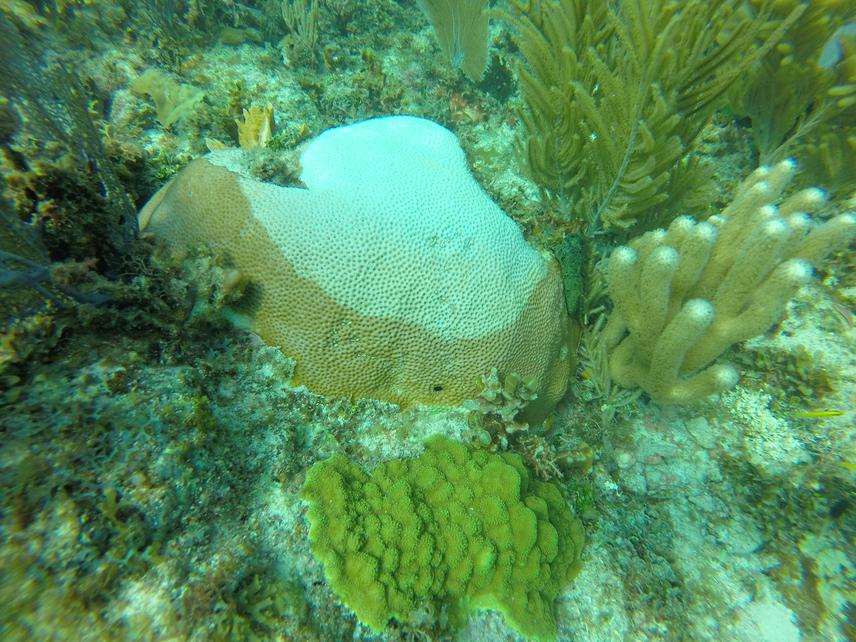 As the climate continues to change and human populations grow, the world’s oceans are more at risk due to temperature stress, habitat degradation, pollution, and ocean acidification. It has become increasingly important to understand how corals will cope during this climate change interval. In order to do just that, I study the effects of global (temperature) and local (nutrients) stressors on coral communities. Thanks to Rufford Small Grant funding received in 2014 allowed me to characterize 13 reef sites on the Belize Barrier Reef System (BBRS) into “low”, “moderate”, and “extreme” thermal environments. Surveys revealed that “extreme’’ sites exhibited the lowest coral diversity, abundance, and species richness. To better understand the significance of this finding, I will further explore coral acclimatization in different thermal environments on the BBRS using reconstructions of growth records from coral cores. 5 cores will be collected from 2 species of mounding coral at 9 of my previous 13 sites. These cores will be CT scanned and the growth rate, density, and calcification rate of each core will be calculated. Growth and calcification records will be correlated with SST and nutrient data to uncover the influence of human-induced stressors on coral health and to help predict future coral reef response to climate change. Corals that grow faster under higher temperatures or grater nutrient concentrations are likely more fit to survive under future ocean conditions. As a result, areas of the reef that harbor such corals will be in need of additional protection. I will work with local NGOs in Belize (TIDE-Toledo Institute for Development and Environment) and the Belize Fisheries Department to make recommendations for new areas of the reef to protect.

This research will be continued in 2016 with a tank experiment. I plan to test the ability of corals from “low”, “moderate”, and “extreme” locations to survive and grow under fluctuating temperatures and different levels of nutrients.