Chacoan peccary are experiencing extensive habitat loss. We are carrying out a survey to gather data on its current distribution and abundance across the Chaco region. 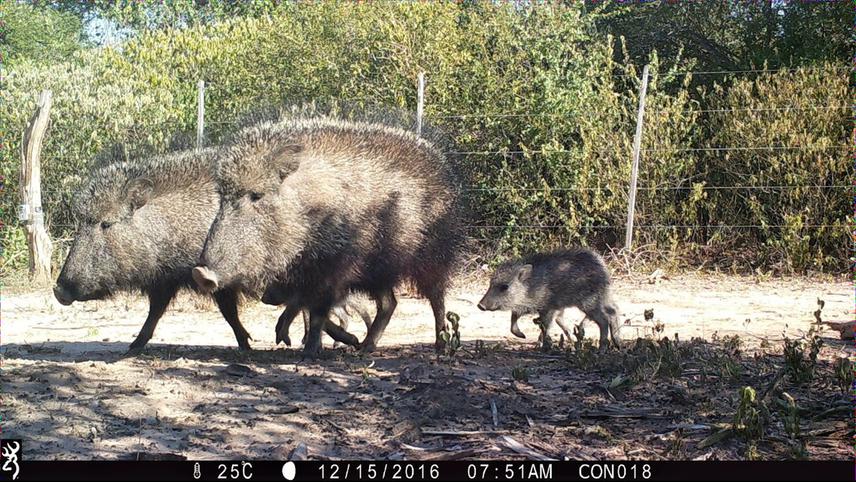 The Chacoan peccary, or Taguá (Catagonus wagneri), is found only in the arid areas of the Gran Chaco of Paraguay, Bolivia and Argentina. Paraguay holds the largest remaining tracks of pristine Chaco habitat and with it the most remaining herds of wild and captive Chacoan peccaries. The Chacoan peccary has always been considered one of the most precious pray by the native Indians and locals. Recent development of the region has increased humane settlements and roads, from which entire family groups are exterminated with no consideration of their endangered status. At present the number of wild Chacoan peccary is unknown; however, it is believed their numbers have decreased to less than four thousand based on previous censuses.

Wild populations of Chacoan peccary are currently under high hunting pressure and suffering the fastest and most extensive habitat loss and fragmentation ever in recent history. It is well known that species with steep population declines and habitat fragmentation may be prone to genetic isolation with drastic loss of genetic variability and inbreeding depression, thereby reducing the health of these small remaining populations in which local extinctions can occur. This work will allow us to estimate the current population size as well as, assess the status and distribution of Chacoan peccary throughout the Paraguayan Chaco. We will be able to create current distribution maps to identify habitat limits, boundaries and barriers as well as, specific sites that need critical conservation efforts. These will not only benefit the Chacoan peccary but the whole Chaco biodiversity and habitat.