Zamia inermis is considered Critically endangered by the IUCN, Mexican laws, CITES and is endemic to the state of Veracruz. It is endangered due to their reduced range and threats to their habitat in tropical dry forests that are threatened by strong pressures from agricultural and livestock activities. For all these reasons, according to Octavio-Aguilar et al. (2017): “it is considered the Mexican cycad that is at the greatest risk of extinction. Zamia inermis was discovered on a private farm in 1973 and it was not until 1983 that it was formally described (Vovides et al., 1983, Octavio-Aguilar et al. 2017). The species is endemic to state of Veracruz, México, and only one population composed of three subpopulations is known, which is distributed in only 2.5 km2 of grasslands and seasonally dry and fragmented forests (Octavio-Aguilar et al. 2017). During the 70's and 80's many plants were illegally stolen for trade, so its current estimated population is between 300 and 700 individuals” (Octavio-Aguilar et al. 2017). 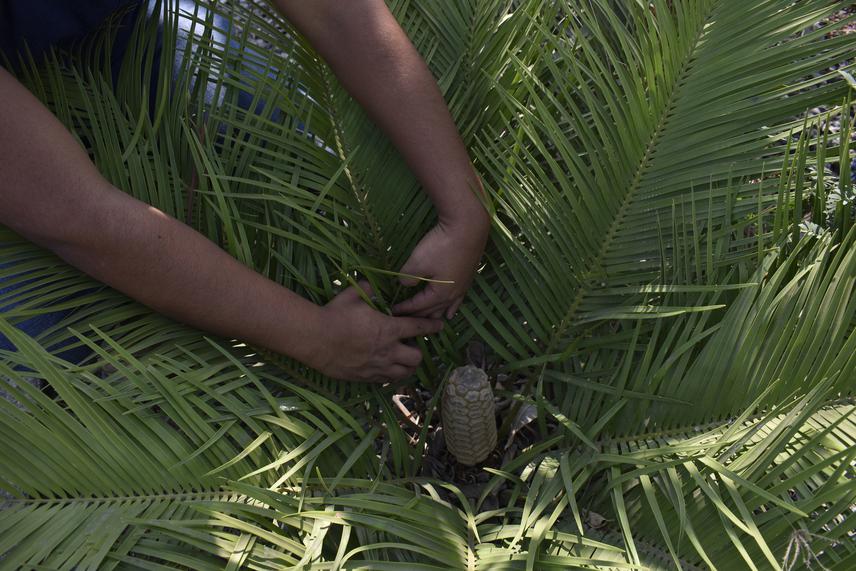