The aim of this project is to determine the ecological efficacy of gabions (mesh wire cages filled with rocks) in providing habitat and maintaining species diversities of fish and invertebrates by utilising human-dominated and modified environments. This work will contribute data to a much-needed gap in the knowledge of the types of interventions that can be added to artificial coastlines to improve their value for habitat and marine biodiversity; particularly endangered species such as our Knysna Seahorse (Hippocampus Capensis). 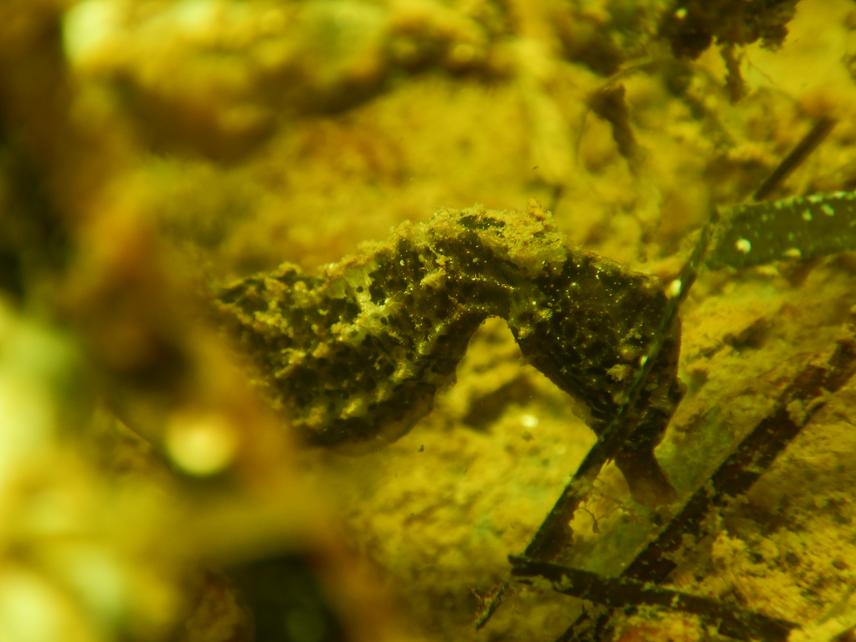 Developing artificial shorelines, for hundreds of years, has led to a loss of habitat and species diversity which causes animals to lose their natural variability and presents an ideal environment for the invasion of non-indigenous species into marinas and harbours. Marinas and harbours have traditionally been built on estuaries which are extremely important ecosystems that join rivers and oceans and act as a nursery for juvenile and threatened species. Whilst conservation efforts typically aim to return compromised ecosystems back to their natural state, this is not always possible in heavily modified environments (such as harbours). Efforts should be focused on the research of ecological engineering projects that have the potential to increase biodiversity in artificial environments.

Research that considers the impact of artificial marine structures on the local habitat and ways to alleviate or mitigate these effects is lacking, particularly in developing countries and is essential if we are to maintain species diversity in aquatic urban environments. Eco-engineering presents a plausible way for these goals to be achieved. It necessitates the development of coastlines for the purposes of erosion control, storm-surge control, property development etc. with the need to provide essential habitat for benthic, subtidal and intertidal fish and invertebrates and presents an opportunity for maintaining the integrity of the shoreline’s natural biodiversity.

This project will be deploying 15 gabion structures into the Knysna Waterfront Harbour in South Africa. These gabion boxes will be placed on the seafloor adjacent to the seawall for a period of 12 to 15 months. We will be comparing the vertical, flat, concrete seawall to the gabion boxes. Monthly surveys will be conducted by means of an underwater camera to photograph all invertebrate animals living on the seawall and respective gabion structure. Whilst a camera will be used to record the activity of mobile fishes utilising the structure. The Knysna Seahorse (Hippocampus capensis) has been known to utilise such structures, often in preference to its own eelgrass habitat.

A number of online questionnaires will be conducted together with an online participatory mapping exercise to determine the perception of South African citizens towards ecological engineering and its use in enhancing artificial structures to conserve our marine life.