Northern white cheeked gibbon (Nomascus leucogenys) (NWCG) is one of the most threatened crested gibbons, distributed mostly in northwestern Vietnam, Laos, and southern China. In Vietnam, the species occurs from the southwest of the Black River (Dien Bien province) to north of Rao Nay River in Ha Tinh province (Rawson et al., 2011). Vu Quang National Park is one of gibbon distribution ranges where at least 19 different groups of NWCG were detected in 2020 (Tran et al., in prep). 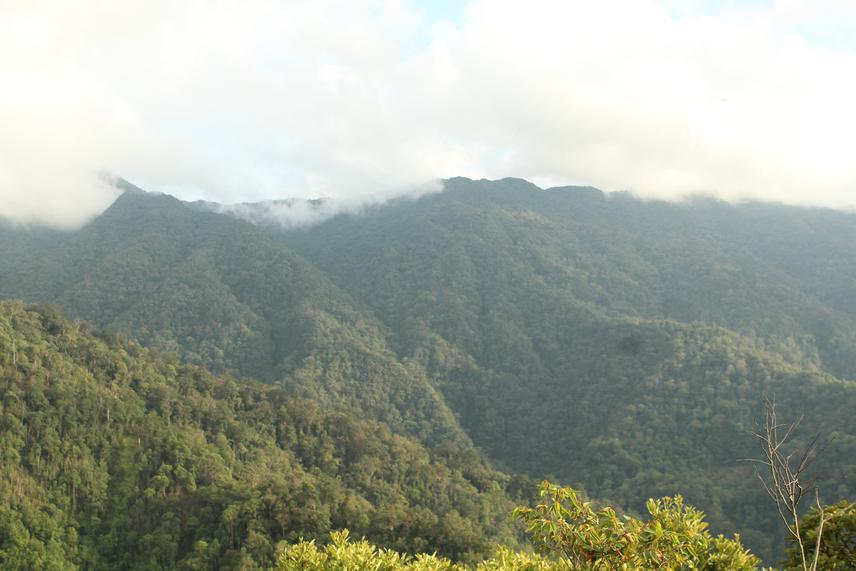 The NWCG population has decreased by at least 80% over the past 45 years (Rawson et al., 2020), and the species is currently listed as Critically Endangered in IUCN red list (IUCN, 2021). The main threats to the species are illegal hunting and habitat loss caused by illegal logging and the expansion of agriculture (Rawson et al., 2011, Nguyen et al., 2011). In buffer zone of Vu Quang National Park, there are 13 human communes with 12,960 households of 44,588 total people (Vu Quang NP). Most of these people have low education, and their livelihood depends on the forest with income resources from hunting and foraging. During the field survey last year, we detected various local people who were illegally entering the protected area for hunting, trapping, or colleting wood or non-timber forest products. The awareness of local community is critical for successful wildlife conservation plans (Niu et al., 2019). Thus, improving the awareness of local community to protect gibbon and other wildlife species in Vu Quang NP is extremely important and necessary.

The main aims of our project are (1) assessing awareness and attitudes of local communities around Vu Quang NP toward NWCG (2) enhance local people's awareness through a series of community outreach activities and educational programs; and (3) strengthen human capacity in gibbon conservation, technical training courses regarding the survey and monitoring gibbons to rangers.

The results of our project will be the groundwork for Vu Quang NP’s managers, policymakers, and conservationists, who will later propose and implement long-term species conservation plans. Also, the project will provide information about NWCG for an emergency action plan to protect primates by 2025, with an orientation to 2030 of Vietnamese government.