Assessing the Status and Distribution of Wolves in Pakistan Using Genetics

Aims of this proposed research are:
1) Conduct the ﬁrst genetic survey of wolves across major regions of Pakistan.
2) Provide estimates of genetic diversity and potential gene ﬂow to adjacent wolf populations, both within Pakistan and other countries, such as India.
3) Provide a clearer picture of the distribution of the Indian and Himalayan wolf lineage and the extent of their range.

The data obtained from this project will provide baseline information that are crucial to develop eﬀective conservation programs. This project’s collaborations with Provincial wildlife departments will ensure that the results will be shared among local ﬁeld staﬀ working in wolf habitats.

In the long-term, we hope this project will lay the groundwork for further ecological and human wildlife conﬂict research on these little-known wolves. Technical reports and science outreach, such as magazine articles, will be written to enhance awareness of Pakistan’s endangered wolves. 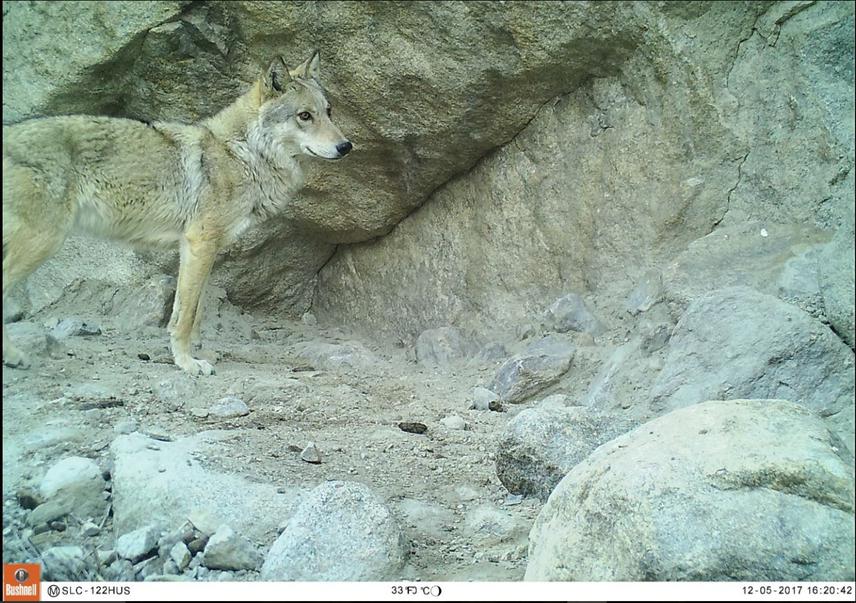 This project will contribute towards conservation in the following ways:

1. Identify areas of wolf occupancy and other carnivore species through non-invasive genetic sampling.

3. Determine the distribution of different types of wolves in Pakistan. Most notably, we will assess the extent of the evolutionary divergent Indian wolf lineage and Himalayan wolf lineage.

4. Capacity building for non-invasive sampling schemes among forest department staff and scientiﬁc exchange between US and Pakistan institutions. We plan on disseminating the ﬁndings through technical reports to forest departments and popular science articles in Pakistan.This proposed research is highly collaborative and will create a network of researchers across Pakistan interested or currently studying elusive species, such as the wolf. Building this network will strengthen conservation dialogue among local NGO’s, forest department staff, and universities, as well as allow systematic training in non-invasive sampling methods to apply to future studies. We hope the results of this study will encourage further research on wildlife and create awareness for the conservation of all regional carnivores in educational programs given to local communities. This is especially relevant since many Himalayan communities have higher negative attitudes towards wolves and compensation schemes often are only offered to snow leopards for livestock depredation (Werhahn et al 2017).

Additionally, this study will be ﬁrst to conduct non-invasive surveys for wolves living in desert and grassland habitats, which are among the most threatened habitats in Pakistan. We hope that results from this research can be used in landscape-level habitat planning and conservation, which will beneﬁt other endangered ﬂora and fauna living in these habitats, such as striped hyenas (Hyaena hyaena), caracals (Caracal caracal), and the Persian gazelle (Gazella subgutturosa).