A long-term conservation project that will not only assist in the protection of this species and its habitat, but that could also become a role model for other conservation programs in southern Asia. 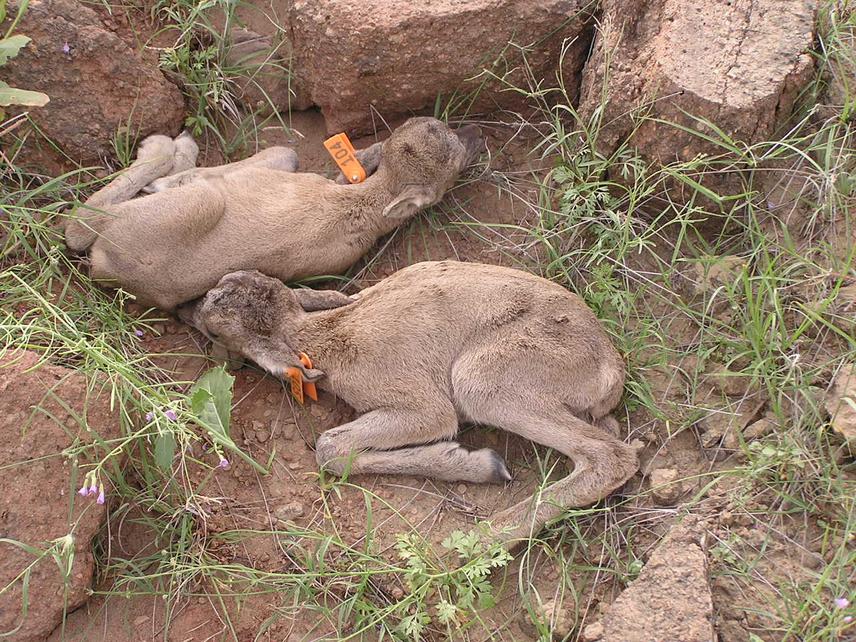 The Punjab Urial, (Ovis vignei punjabiensis), is endemic to northern Punjab, Pakistan and is classified as endangered in the IUCN Red Data Book. The sub-species is threatened by habitat destruction and fragmentation, poaching, competition with domestic livestock and the capture of newborn lambs that are kept as pets.

The lamb capture and marking was started in 2002 in the community-managed Kalabagh Game Reserve where protection against poachers is vigorously enforced. Initial funding was provided by WWF-Pakistan. Technical and equipment support was provided by the Université de Sherbrooke (Canada). By marking the animals we will document urial population size, distribution, home range and sex- and age-specific survival. Much travel is involved in this research for marking and subsequently quarterly monitoring of the marked animals.

The understanding of survival patterns is one of the keys to animal population dynamics whether for fundamental (study of life history evolution) or for applied goals (management and conservation of endangered species, management of game species). My research is one of the first studies in Asia to have individually marked wild sheep, and this will be possibly the only scientific work on any subspecies of urial based partly on the monitoring of individually marked animals. Individually marked animals are essential to determine key population parameters, including age- and sex-specific survival and reproductive rates. In addition, the ability to recognize individuals allows to establish home range, seasonal movements, and estimate population size. By capturing newborn lambs I will also obtain tissue samples and morphometric measurements that will allow the study of the taxonomy of this subspecies. Poor taxonomy has been identified by the IUCN Caprinae Specialist Group as a major obstacle to the conservation of mountain ungulates. Marked individuals will provide should be a strong disincentive to poaching and by allowing me to talk about ‘individual; histories’ they will also be of a great help in making local people aware of the importance of conserving this species and their habitat.