Changes in land use for intensive agriculture and urbanization result in habitat loss, one of the leading causes of worldwide biodiversity loss. Especially in tropical regions, where the highest deforestation rates occur, forest species are mostly sensitive to changes in the landscape. Indeed, several species become locally extinct in forest remnants, whereas others experience decay in their natural densities with subsequent consequences in ecological interactions. In this context, it is urgent to understand how different biological groups respond to novel anthropogenic landscapes to propose practical conservation actions and disseminate to society the consequences that biodiversity decay likely has in our lives. Previous studies have shown the importance of maintaining significant amounts of forest cover at the landscape scale to retain rich assemblages of birds, bats, and woody plants in forest remnants of the Brazilian Atlantic Forest. This biome is one of the five largest biodiversity hotspots and one of the most threatened on Earth, harbouring many endemic species. 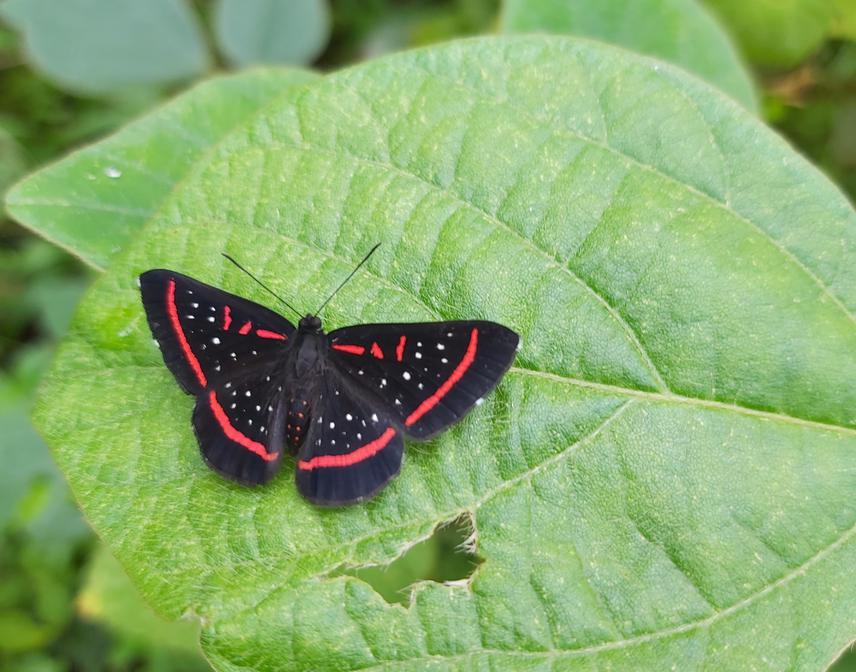 However, the Atlantic Forest has been historically facing high levels of deforestation, with only about 12% of the original cover remaining to date. Yet, the influence of deforestation on the diversity patterns of nectarivorous butterfly assemblages and their interaction networks with plants have not been investigated. Although, regarding butterfly diversity, the biome harbours at least 2,000 species, with 52 threatened species. Butterflies are crucial for forest functionality, acting as key pollinators of several plant species of families like Verbenaceae, Apocynaceae, Rubiaceae, Caryophyllaceae, and Fabaceae.

In addition, butterflies can also assist in agricultural production so that natural pollination provided by these species can benefit crops embedded within forested landscapes. Butterflies also serve as food for vertebrates and invertebrates, control plant growth, and participate in nutrient cycling. Thus, we will assess how deforestation affects the diversity of butterflies and their interactions with plant species in human-modified landscapes of the threatened Brazilian Atlantic Forest. For this, we will conduct butterfly sampling campaigns, observations on butterfly-plant interactions, and video recording of floral visitors in 20 forest remnants inserted in two regions representing a gradient of native Atlantic Forest cover in southern Bahia, northeast of Brazil. Our results will indicate which landscape features are vital to both safeguard high diversity levels of this key ecological group and maintain a robust plant-pollinator interaction network.