This project seeks to protect and improve the nesting habitats of sea turtles through stakeholder education and beach cleaning exercises in Cape Coast, Ghana. 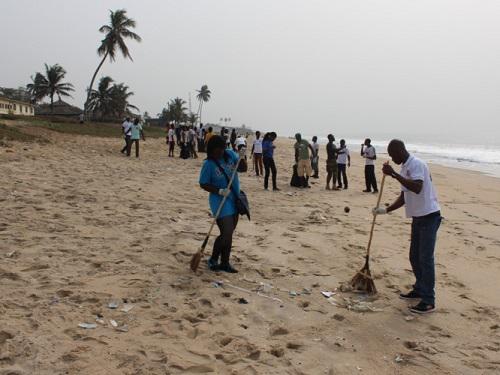 The principal project site is Cape Coast in the Central Region of Ghana and is expected to be carried out from 1st January to 31st December 2017. The proposed activities are meant to have the greatest positive impacts on sea turtles and their nesting habitats in the vicinity of Cape Coast. Three key activities will be used to achieve the project goals. These are: 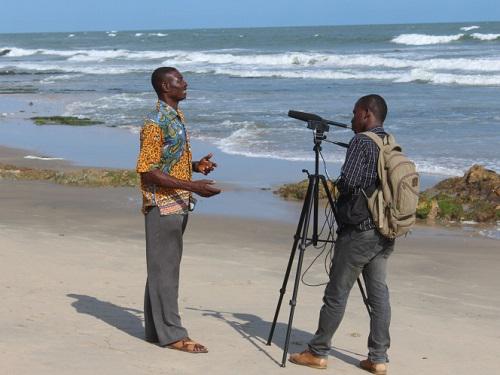 Interview with a Chief Fisherman. Photo by Ernest Chuku.

Twelve by-catch release training exercises will be carried out in four communities to train 60 fishermen on proper handling and techniques for releasing entangled sea turtles in fishing gears to reduce mortalities and damage to gears. Fishermen will also be taught how to revive comatose turtles before release. These trainings will be carried out from April to July 2017.

Monthly beach cleanup exercises will be carried out to clean one kilometer stretch of beach along the active 5 km sea turtle nesting area between Bakaano and the Kakum Estuary in Cape Coast. Local Assembly leaders and fishermen leaders will be included in the planning and execution of these programmes to ensure community participation and ownership. Beach cleanups will be conducted on each first Saturday of every month from January to December 2017.

Four documentaries on beach erosion and habitat loss will be completed and released monthly from February through May 2015. These short documentaries will culminate almost ten years of coastal erosion research; with large amounts of data already collected. This data include interviews of key community informants, several hours of field videos and hundreds of field photographs and interviews that has documented human contributions to changes along several sections of Ghana’s coastline. Even though, the principal project site is Cape Coast, the documentaries will be disseminated beyond this area in order to achieve a larger understanding of the impacts of human activities on Ghana’s beaches and lead the discussion for proper coastal management.