The Zanzibar red colobus monkey (Piliocolobus kirkii) is the species of colobus monkey endemic to Zanzibar Island. Its habitats include coral-thicket forest ecosystems of which majority are small fragments, located outside of the government protected areas, agricultural areas as well as mangrove swamps. 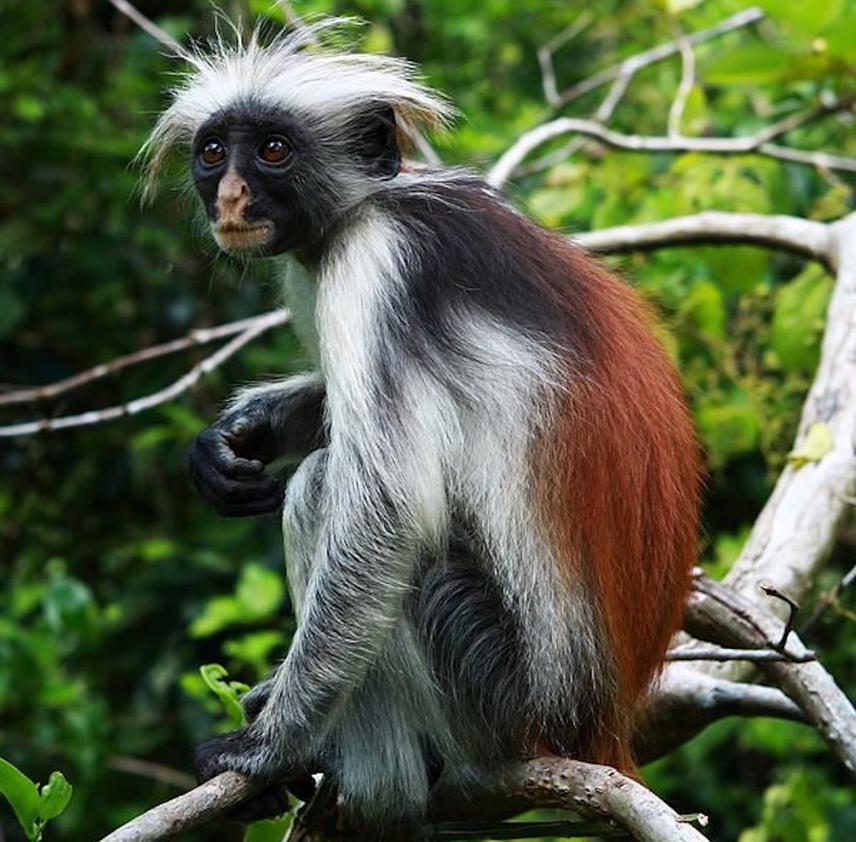 The P. kirkii serves as a flagship species in the island, promoting the conservation of the forests and other species of flora and fauna. Despite its importance in promoting conservation and tourism in Zanzibar, the P. kirkii is classified as an endangered species by the IUCN, and the population is still decreasing. The major threat to its conservation is habitat loss caused by deforestation (due to shifting cultivation, extraction of building poles, firewood, and charcoal making). In addition to that, the P. kirkii is also hunted for pet market and in some cases poisoned due retribution for crop damages as well as belief that it brings bad luck to farmers and fishermen.