Ecology and Conservation of Indian Pangolin (Manis crassicaudata) in and around Pir Lasura National Park, Azad Jammu and Kashmir, Pakistan

The project aims at the conservation of Indian Pangolin through:

a) collecting data on distribution, population and threats

b) creating conservation awareness among the local community 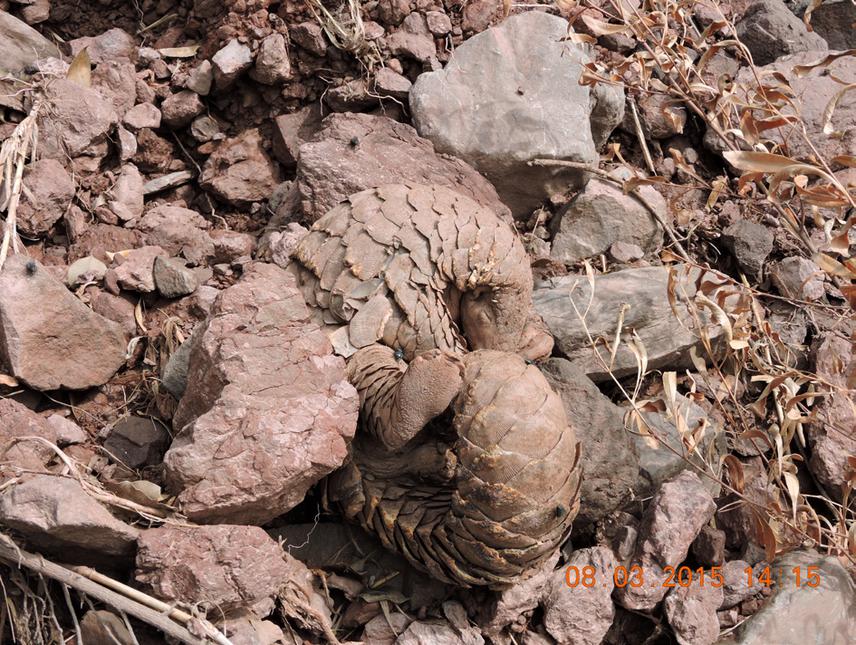 Indian Pangolin (Manis crassicaudata), the only member of order Pholidota found in Pakistan. It is categorized as “Endangered” under IUCN Red List of Threatened species 2014. Its body is covered over by overlapping protective scales, which have medicinal importance in local and Traditional Chinese Medicines. According to some very recent reports, its population is facing continuous decline in the country due to massive pressure of illegal killing by local community and trained local hunters for its scales. Moreover, people have also got a wrong myth that Indian Pangolin digs graves and feeds upon human dead bodies. In reality, it is a friend of farmers as it feeds upon termites and ants and serves as biological control agent of agricultural pests. Despite of very low reproductive output, the species is being illegally captured and traded in incredible numbers. It is sold at a price of $100-$150 per animal in local market. Conservation of this vital insectivorous mammal required generating scientific information regarding its various ecological aspects.

The present project has, therefore, been designed to determine its distribution, population status, and threats, followed by community awareness and capacity building of field staff of the relevant state department. The current project is expected to generate important information regarding distribution, population and threats to Indian Pangolin in study area. It is also expected that awareness efforts during current project will change the attitudes and perception of the local community positively and it will help in future conservation of the species.