The projects aims to survey for the Robbins house bat which is classified by IUCN as Data Deficient. So far, 31 individuals are known to science with more than two-thirds recorded from Ghana. In Ghana, it is known from two localities, Mmem village in Western Region and the type locality, Nkawkaw, in the Eastern Region. The project aims to survey for the species at Nkawkaw where the species was first recorded five decades ago. The project will also build the capacity of undergraduate students in bat research and conservation. Lastly, the project will raise awareness and educate rural communities on the importance of bats 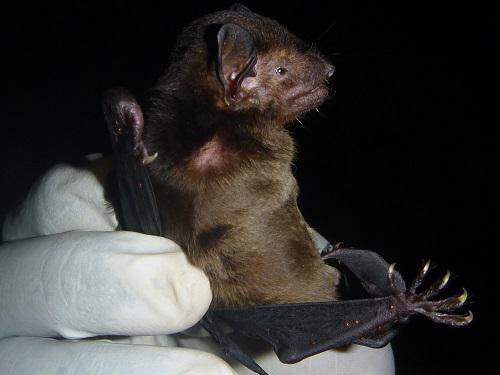 The Robbins house bat was first recorded by Bruce Hayward in 1967 at Nkawkaw in eastern Ghana. The species was not described until 1983. There exist limited information on the biology, ecology and distribution of the species. So far, 31 individuals are known to science with 26 recorded from Ghana. Recently, the highest individuals were recorded from the Mmem village inside the Krokosua Hill Forest Reserve in Western Region, Ghana. At Nkawkaw in the eastern part of Ghana, however, it is not known if a surviving population still thrives after five decades considering the forest cover of the area has dramatically changed. Confirming the presence of S. nucella at Nkawkaw will be a great conservation news. It serves conservation interest to know that the species has thrived at the same locality for at least 50 years despite forest fragmentation and changes in vegetation cover. Also, identifying new localities in Ghana where the species might occur will help prioritize conservation actions to safeguard the species. 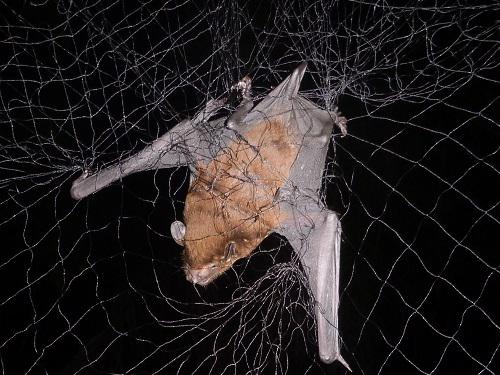 The project will therefore survey the locality of Nkawkaw and its hills and valleys in hope of finding the species. Survey will target habitat types including fallow lands, agricultural lands, and gallery forests in the area. The project also aims to deepen the conservation and research interest of university students in bat research to encourage them to consider career options in this area. As a synanthropic species with close affinity to human environments, the project also aims to improve understanding on the importance of bats in the rural communities where bat surveys are carried out. 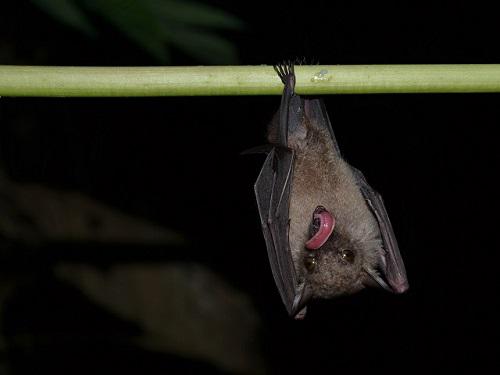 At the end of the project, it is expected that the presence or absence of S. nucella at Nkawkaw and its surroundings communities will be confirmed and their relative abundance estimated if found. Also, we expect an improved knowledge on the role bats play in the ecosystem from communities where the project is being carried out to ensure they support in the protection and conservation of bats. Lastly, it is expected that at least two university students would be well trained by this project to initiate and carry out bat research work.