Colombia is the sole point of entry into South America through the Mesoamerican Land Corridor. An important roosting site for Swainson’s hawks (Buteo swainsoni) and Broad-winged hawks (Buteo platypterus) is located in Tolima, central Colombia, where thousands of these hawks are shot annually. As a result, this location is critical for conservation, education, and monitoring.

We propose to establish a raptor count site in Ibagué, Tolima, to obtain data on migrants using the corridor. This will be coupled with education outreach and the training of local conservationists, complementing local programs. Likewise, roost sites will be monitored, estimating numbers of raptors, species, and sites used by migrating raptors. Additionally, we will disseminate information and the results of the project, promoting raptor conservation awareness through social media, journals, and other communication outlets. This information will provide a better understanding of migration and establish a baseline for future research and conservation efforts. 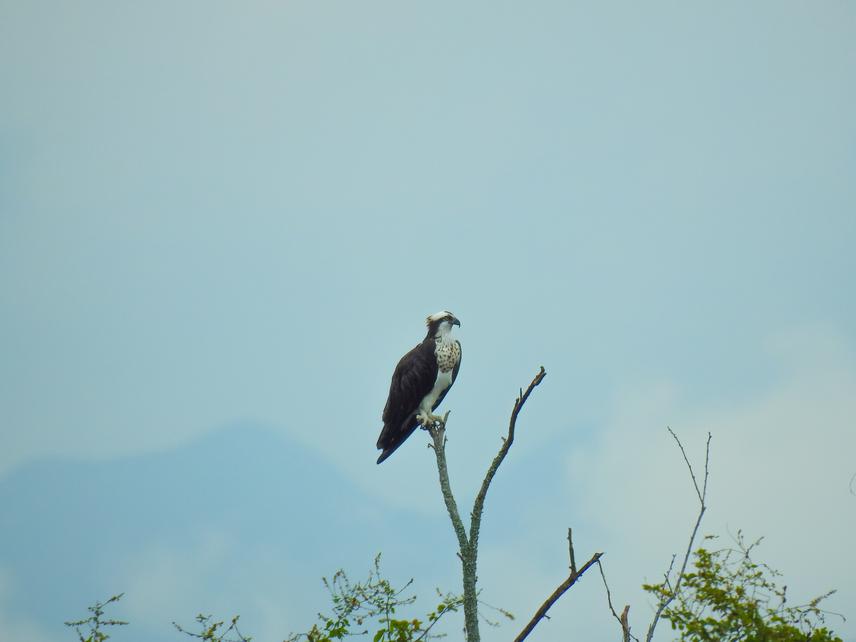 Colombia is the sole point of entry into South America through the Mesoamerican Land Corridor, used by more than five million raptors in migration. Unfortunately, this region harbors some of the top human threats to raptors, including direct persecution.

In Tolima, central Colombia, thousands of hawks travel along this key migration corridor. Flocks of Swainson’s and Broad-winged hawks use this region to roost every spring. The number of individuals and extent of roosting remains unclear, but the concentration of birds increases their vulnerability. Thousands of hawks have been shot in their roosting areas in Tolima, as the local farmers believe that killing birds accelerates the passage of Lent and that the fat produced by corpses has medicinal applications. Despite the efforts of local institutions, the poaching persists every spring and the shooting with commercial purposes has spread into new regions.

Studies in northwest Colombia and awareness campaigns in Manizales have provided valuable information on raptor migration. Despite these efforts and the importance of this region to North American migrants, Colombia remains without a continuous migration count site to carry out monitoring and education.

We propose to launch a new raptor conservation initiative in a key corridor for migrating raptors in Colombia. We intend to establish the first official count of raptor migration in Tolima and assess numbers of roosting birds. This information will provide a baseline for future research and more effective conservation efforts, with management recommendations and identification of priority conservation sites for migratory raptors in central Colombia.

Furthermore, we will train locals in raptor identification and counting protocols and enhance education programs with new materials about raptors for local schools. This will encourage the community to continue monitoring and education efforts in the future.

We will build links with national and international organizations, to focus efforts on raptor conservation, including local and national government entities, ecotourism leaders, foundations, and researchers. We will share these data in scientific and public venues. Social media postings will additionally promote raptor conservation awareness and may stimulate local pride in their roosting raptors. Such attention can begin a new culture of raptor appreciation rather than depredation.