Identification of Areas for Reforestation with Vegetable Species of Importance for the Andean Bear in the Province of Imbabura, Ecuador

One of the threats of the Andean bear is the loss and fragmentation of its habitat due to the advance of the agricultural and livestock frontier, therefore, the species seeks food and space outside its natural habitat. In Ecuador, the distribution of the Andean bear has been significantly reduced due to the reduction and fragmentation of forests and páramos. In the province of Imbabura, negative interactions with humans have been generated, because the Andean bear consumes crops and attacks cattle. For all the aforementioned, it is essential to work on the recovery of the habitat and the species that the Andean bear consumes, to mitigate these conflicts and ensure the survival of the species 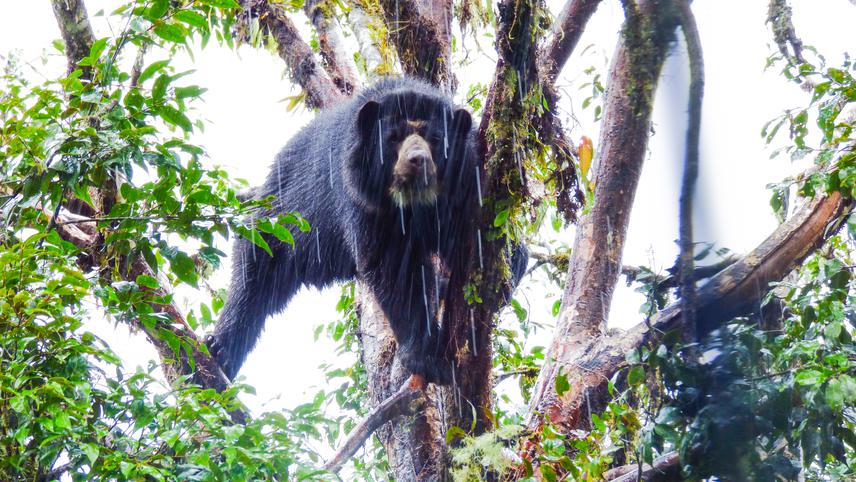 In this sense, the objective of this work is to identify the distribution of the habitat of plant species consumed by the Andean bear, which allows locating potential reforestation areas in the province of Imbabura to improve their habitat conditions and therefore contribute to the conservation of the species. This is to be achieved by modeling the distribution for four plant species (Hieronima macrocarpa Schltr., Ficus cuatrecasana, Nectandra acutifolia, Ocotea infrafaveolata), important as a food source for the Andean bear; in addition to conducting a land-use change analysis to identify areas with potential for reforestation; and prioritization of areas to be reforested taking into account multiple criteria, such as distribution of the chosen plant species, areas with identified reforestation potential, displacement effort of the Andean bear in the study area, sites of potential conflict between human-bear and community participation to reforest; Finally, it is intended to complement the study with the realization and socialization of a proposal for the establishment of forest nurseries with the participation of the communities affected with the Andean human-bear interaction, and government entities of the province such as the Prefecture of Imbabura.