The project aim is to increase local people tolerance toward Sumatran tiger when human tiger conflict occurs in their area. 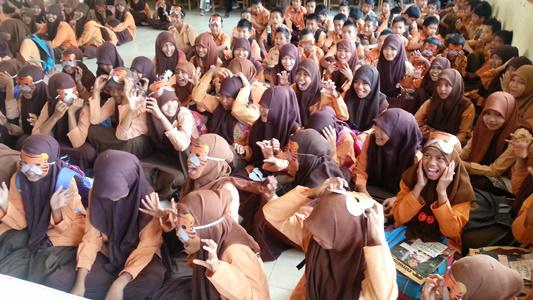 Sumatran tigers are the only remaining tiger subspecies in Indonesia after two other sub species that have gone extinct the Javan tiger (Panthera tigris sondaica) and the Bali tiger (Panthera tigris balica). Sumatran tiger currently categorized as critically endangered on the International Union for Conservation of Nature (IUCN) red list, and is the most threatened sub-species of tiger (Linkie et al., 2008) to which HTC contributed for large extent. Mortality of tigers due to HTC is usually a major factor of declining in numbers (Goodrich, 2010). Currently, only 400-500 individuals remain in the wild, but this number could be higher (Linkie et al., 2008). During 2005-2012 in West Sumatran province, 13 tiger were killed and 2 hurt, while 14 people were killed, 4 people were wounded, and approximately 132 livestock were killed by tigers (BKSDA, 2012). On average, two tigers per year were killed due to HTC in West Sumatra province. With the dwindling Sumatran tiger population, this needs to be prevented. 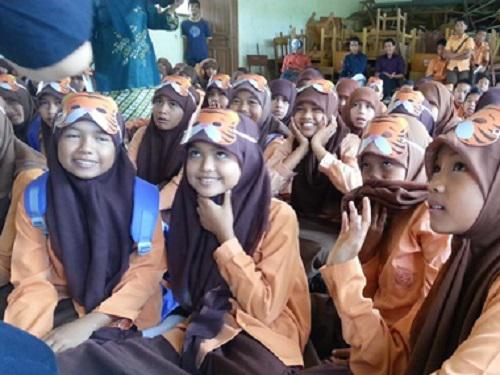 Since HTC is becoming one of driving factors on decreasing population of the Sumatran tiger, understanding HTC is thus becoming important to preserve the tiger. Focusing to increase the tiger population and its habitat only, without suitably addressing HTC, conservation efforts may lose stability and progress, as well as the support of local communities. To reduce the mortality of the tiger due to HTC, increasing people’s tolerance toward the tiger is needed. In a line with this, involving local communities on handling HTC is also important.

The proposed project will certain change in the ways in which people think about the tiger so that their tolerance toward tiger will increase. To gain this objective a package of environmental program will be conducted in West Sumatra province, Indonesia by using participatory video and storytelling as a tool.

During the first year the goal of this project is mainly to increase local tolerance toward tiger through a package of environmental education activities. Towards the very end, the project should lead local people will to establish a Village Wildlife Response Team (VWRT) which will be used as a pilot project for the next step which is increasing local participation on handling human tiger/wildlife conflicts. Participation of local people in the VWRT is a volunteer activity which should help resolve Human Tiger Conflict in the by timely responding to the presence of tigers in the villages adjacent to the forest.