A recent research showed that 52.8% of the forest in some parts of Ghana has been cleared between 1986 and 2015 and the major cause is attributed to agricultural expansion (Acheampong, 2016). Farmers in forest fringe communities in Ghana mostly practise subsistence farming and oftentimes rely on the forest as land banks to increase agricultural production (Donkor et al., 2011). There are however, ways to reduce deforestation while improving farmers’ livelihoods at the same time. This research seeks to involve farmers practically in reforestation projects for nature conservation and livelihood benefits while examining the farmers’ livelihood patterns alongside. 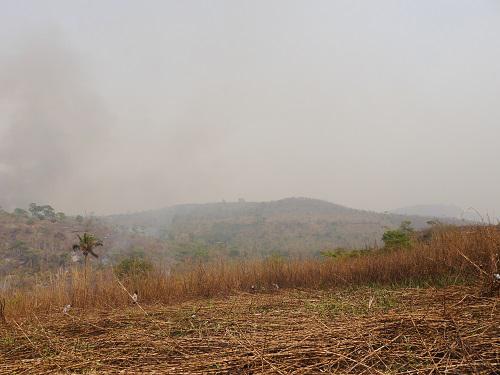 Labourers clearing the land for the project.

About 30% of Ghana’s land area forms part of the Guinea Forest Region of West Africa, one of 34 severely threatened World Biodiversity Hotspots (Arcilla et al., 2015). Human activities have degraded 85% of Ghana’s Guinea Forest Region (Dowsett-Lemaire & Dowsett, 2014). Deforestation that occurred between 1993 and 2010 in some forests in Ghana led to a 50% decline in forest understory birds and extinction of 125 butterfly species, representing 25% of the original fauna (Arcilla et al., 2015; Larsen et al., 2009). Meanwhile, more than 10% of Ghanaians live at the fringes of forests. These dwellers collect non-timber forest products to complement their livelihoods (Ahenkan & Boon, 2011a, 2011b). Forest resources contribute 38% to the income of Ghana’s forest dwellers and about 6% annually to the Gross Domestic Product of the country (Acheampong & Marfo, 2011; Ahenkan & Boon, 2011a; Appiah et al., 2009). Forest resources serve as safety nets for rural dwellers in off-farming seasons (Paumgarten & Shackleton, 2011). These benefits derived from Ghana’s forests will gradually cease if the current trend of deforestation is not curbed. Deforestation could be minimised through regulation of human activities and effective forest conservation practices such as community forestry and reforestation programs. 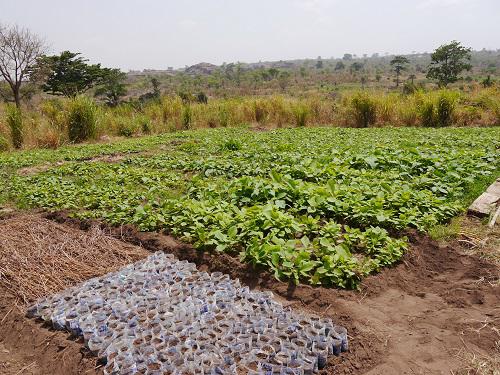 A major challenge for conservationists and agriculturalists in the forest frontiers of Ghana has been how to balance agricultural expansion with conservation priorities in order to sustain forests and biodiversity (Asare et al., 2014). One approach is to engage farmers who pose threats to forests in reforestation programs in degraded portions of forests where they can interplant their food crops with specified tree species. These trees will have both conservation and economic values for sustainability purposes. The benefit of this approach to the farmers is the free fertile land for farming till the period that the trees form canopy. In this case, the farmers’ old infertile farmland can be left to fallow while the farmers reap the benefits from their new lands. The environmental benefits of this approach will be the restored forest and ecosystem services as well as reduction in deforestation that would have been caused by the farmers.