The involvement of 35 farmers in my previous project demonstrated that these farmers are capable of restoring degraded forest when supervised. However, the capacity of the farmers to produce optimum outputs of food crops to improve their livelihoods is limited due to their low level of technology uptake. The sustainability of this forest restoration project is contingent upon continued improvement in environmentally friendly farming practices of the farmers. This project seeks to train farmers on how effective and efficient they can be in their farming activities as they carry out the subsequent phases of the reforestation project. To sum up, this project aims to achieve three objectives:
• Plant 15 ha of the degraded land.
• Train farmers in agricultural intensification technologies to close the yield gap while planting trees to restore the degraded forest.
• Train farmers in post-harvest storage and value addition techniques to avoid post-harvest losses. 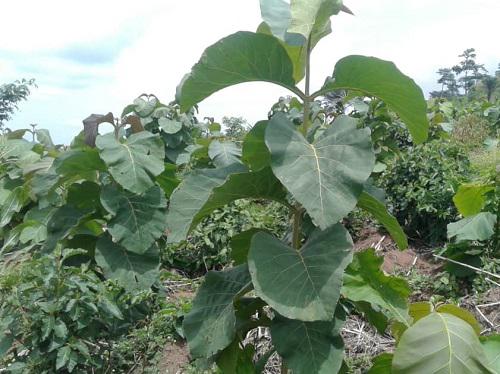 State of the young trees.

Conservationists and agriculturalists in Ghana are challenged with how to balance agricultural expansion with conservation priorities to sustain forest and biodiversity (Asare et al., 2014). Oftentimes, conservationists fear to engage farmers in forest restoration projects due to the likelihood of expanding their farms into the remaining forests. However, my previous research showed that when farmers are supervised in a reforestation project, forest encroachment does not occur. To ensure efficiency in farming practices while growing trees to restore the forest, the farmers involved in the project are going to be trained in agricultural intensification technologies as the second phase of the tree planting project goes on. Evidence shows that agricultural intensification could double smallholder farmers’ output on the same piece of land (AGRA, 2013). The surplus yield resulting from the intensification could be marketed and contribute to the households’ income. 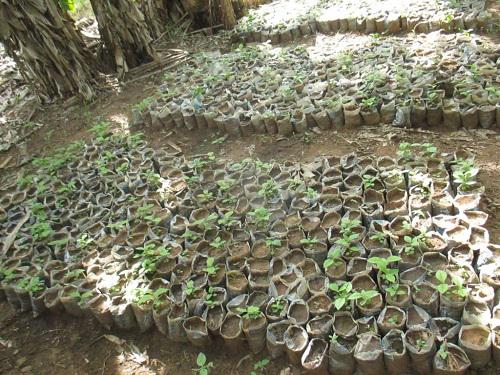 According to the Forestry Commission of Ghana, through illegal human activities, some of the reserves in the Ashanti region, such as Ongwam II, has been depleted beyond natural regeneration. My project team surveyed a portion of the Ongwam II Forest Reserve and found more than 100 ha covered with elephant grass with barely no trees. Based on this and my zeal to carry out reforestation project, the Forestry Commission of Ghana approved and released 48 ha of the surveyed portion of the reserve for my research and development project purposes. I carried out the first phase of the reforestation project in 2018 and the second phase is ongoing. 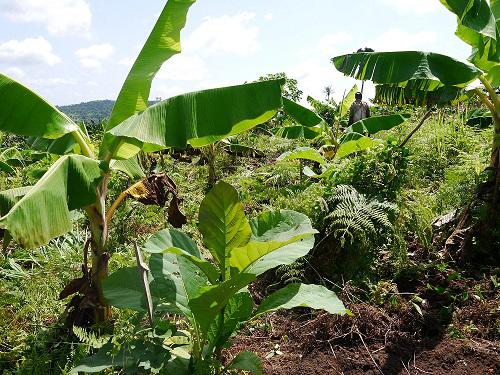 Thirty-five farmers were involved in the 2018 project. These farmers were trained in tree planting and how to nurture young tree seedlings in the midst of food crops. The farmers were however not trained on agricultural intensification technologies, value addition, and post-harvest storage processes. This task is what will be added to this year’s planting target so that as the farmers assist in restoring the degraded forest, they get more skills in farming to produce the expected output to support their livelihoods. Leaving this land bare will attract illegal farmers who will gradually encroach on the rest of the reserve. Reforesting the degraded portions of this forest will reduce the threat on biodiversity extinction in the reserve and sustain the ecological functions of the forest (Larsen et al., 2009).