The project aims at contributing to the mitigation of human pressure on Volcanoes National by engaging women in income generating activities through weaving. 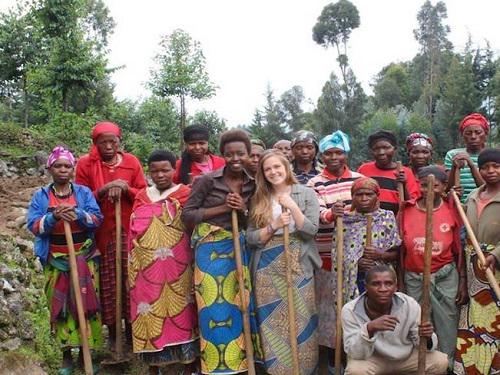 The project’s main objective is to reduce the pressure from the communities in the park surroundings. Among identified type of pressure include but not limited to: population density, poaching, illegal hunting, firewood and water collection, tree cutting, grazing and land encroachment etc. 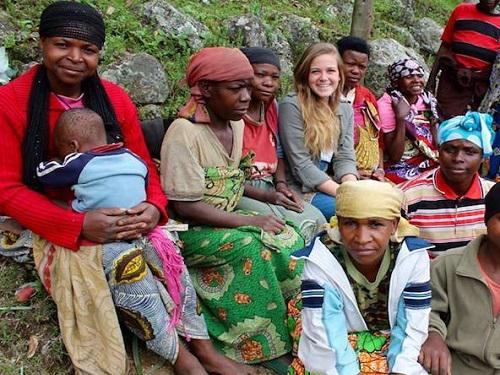 Situated in one of the most densely populated parts of Rwanda, addressing these threats remains a major issue.

Many studies and reports suggest that Historically Marginalised People’s living conditions threaten the conservation of mountain gorillas and their habitat. Traditionally forest dwellers, this population depends greatly on park resources by harvesting wild food and hunting for survival or selling.

Evicted from the forest without any compensation during the creation of the park, they lost their traditional way of living. This has left them the poorest communities which; 52% of their households depend on park resources to survive compared to 18% in other communities.

The project targets 33 women from Historically Marginalized People from Shingiro sector of Musanze district in Northern Province of Rwanda grouped in a Community Based Organisation called DUSABANE. The project proposes to empower these women with knowledge and skills enough to understand key threats to conservation at the local, regional and international levels and learn approaches to mitigate them. This triggers activities friendly to conservation with the aim of improving socio-economic living conditions through new knowledge and skills to generate alternative incomes to park resources.

Improving Marginalised People’s Initiatives for Biodiversity Conservation: Case of Women Conserving the Volcanoes National Park through Weaving Project will provide targeted women with new and modern weaving knowledge and skills as well as ability to train others.

Weaving is one of the lucrative activities in the modern tourism being linked with tradition and culture. For a community like this one that is struggling to generate incomes, the project opens doors for them to generate enough income to help their families overcome financial burdens that have been preventing them from affording the basic socio-economic needs such as education, health and food resilience.