Cetacean Diversity and Distribution in the Lakshadweep Islands, India

Developing with Dolphins: Ecological and Anthropogenic Factors Influencing Estuary Use in Indo-Pacific Humpback Dolphins along Southwest Coast of India 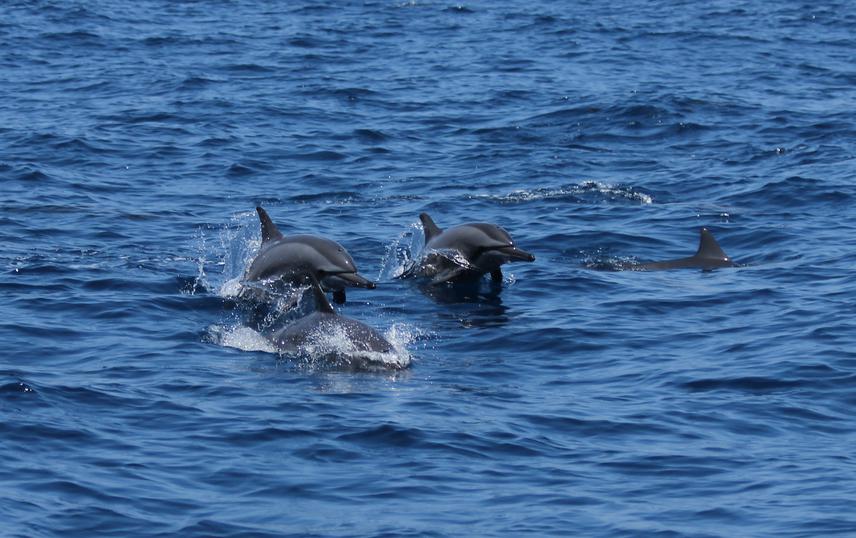 The Northeast Indian Ocean Whale sanctuary (NEIOS) has a diversity of 28 cetaceans of which thirteen are classified as data deficient and seven as threatened under IUCN Red List Authority. The sanctuary protects important cetacean breeding grounds and harbours distinct populations such as the resident blue whales around Sri Lanka and India. The waters off the densely populated southern Indian coast, including the Lakshadweep archipelago off the southwest coast of India have rich cetacean diversity compared to other regions. The Lakshadweep islands consist of diverse habitats such as coral atolls, lagoons, steep slopes and deep waters. Seasonal southwest monsoons results in mixing of saline waters from the Arabian Sea and less saline waters of the Bay of Bengal in this region making the region highly productive. At least fourteen cetacean species such as Pygmy blue whale, Spinner dolphin, Cuvier’s beaked whale and Sperm whale have been recorded anecdotally. However, absence of systematic surveys has resulted in a gap of knowledge from this region. This led us to design a baseline study on documenting and mapping out the cetacean communities in waters around these islands. These studies will in the future form important baseline data to design more sophisticated studies on habitat use patterns, population estimates and behavioural studies and in mitigating any threats faced by cetaceans in the region.

In this project, we aim to examine the spatial distribution and species composition of cetacean communities between nine of the inhabited islands in Lakshadweep covering lagoon and open ocean habitats through systematic visual surveys conducted using local ferries. We also aim to identify any existing or potential threats that cetaceans face in this region by conducting interview surveys with local authorities and fishermen.