This project proposes a broad-scale monitoring program of Chaco Eagle in a key area for its conservation, but where no nest has been found since the 1970s: The Dry Chaco in northern Argentina. Before the reproductive season, we will examine regional perception towards Chaco Eagle and concentrate our efforts in raising awareness on its current status, trying to engage locals in research and conservation efforts. Territories and nests will be monitored throughout the breeding season by means of camera traps installed at nests, and fledglings will be equipped with GPS-satellite transmitters, allowing for studies on movement ecology and habitat use. Additionally, we will implement conservation measures (i.e.: rescue ramps) in order to mitigate one of the main sources of mortality for Chaco Eagle (and other wildlife) in semiarid areas of Argentina: drowning in water reservoirs. 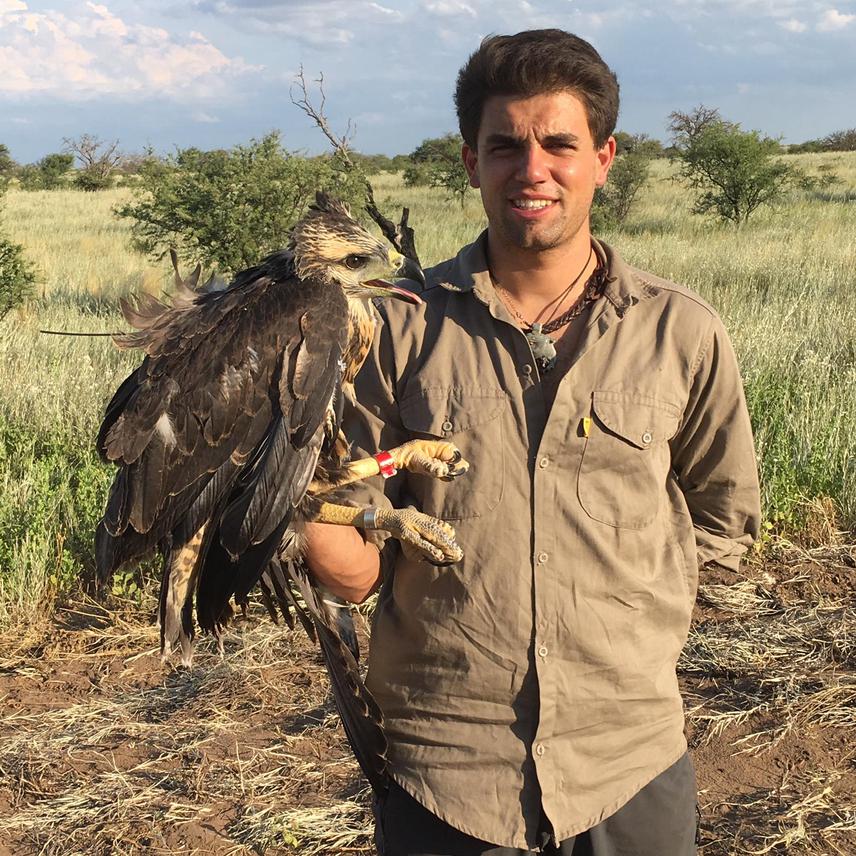 Chaco Eagle (Buteogallus coronatus) is one of the rarest and most severely threatened birds of prey in the Neotropical region. It occupies savannah-like ecosystems, open woodlands and dry shrublands from central Argentina to central Brazil, Bolivia and Paraguay. Chaco Eagle shows a slow-life which includes a retarded maturation (4-5 years) and low productivity rates (one egg per breeding attempt), a fact that makes its populations extremely sensitive to human impact, being listed as Endangered by the International Union for the Conservation of Nature. In fact, the world population of Chaco Eagles is estimated in less than 1000 reproductive individuals with declining population trends. Main threats for its conservation include habitat loss, direct persecution, electrocution in power lines and drowning in water reservoirs. Despite its wide range of distribution and its critical conservation status, studies are scarce and many aspects of its biology, but particularly for the Dry Chaco, remain unknown, including population size, breeding biology, habitat use and dispersal behavior.

This project will (1) increase the knowledge on Chaco Eagle ecology and status in the Dry Chaco biome, considered as a key area for its conservation, (2) implement mitigation measures in order to reduce one of the main sources of mortality for the species and (3) promote social awareness on its current situation and main threats.

We will explore the study area, holding interviews with local people in order to collect data on the presence and perception of this species. Identified Chaco Eagle breeding territories and nests will be monitored throughout the reproductive season in order to address its biology and to acquire more information on the causes of nest failure. After the reproductive season, we will tag fledglings with GPS satellite transmitters so as to study habitat use and movement ecology. Furthermore, we will implement rescue ramps as a mitigation measure in order to reduce Chaco Eagle drownings in water reservoirs, considered one of the major causes of wildlife mortality in semiarid areas of Argentina. Last but not least, educational campaigns, talks at schools and meetings with associations of producers will help us disseminate the current situation of Chaco Eagle and the objectives of our conservation cause. This project will be a pioneer in Dry Chaco biome, and our ultimate desire is to set the ball rolling and start a long-term monitoring program in the region, contributing to Chaco Eagle conservation.