i) Quantify and identify the microplastic pollutants in the mangroves by analysing water and sediment of this ecosystem;
ii) Quantify and identify the microplastics present in the mangrove crab;
iii) Promote the diﬀusion of scientiﬁc knowledge and the traditional population in order to motivate the conservation mentality of one of the most productive ecosystems and adapted to the eﬀects of environmental changes, considering the mangrove crab, Ucides cordatus, as a key species. 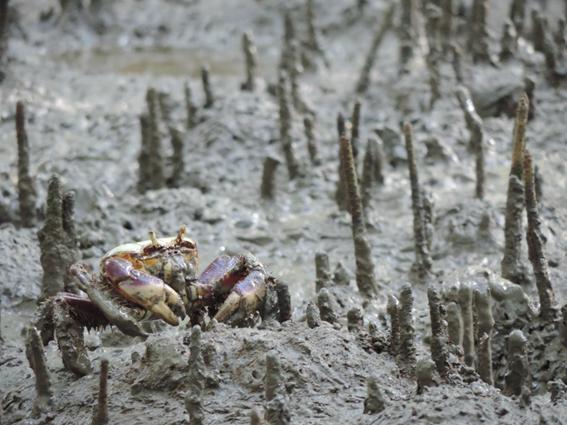 As plastic debris in marine areas originates mainly from terrestrial areas, coastal environments are particularly affected by its deposition. Pneumatophore roots are considered the main responsible for the retention of plastic residue in the mangroves. Crabs, in turn, are a dominant and relevant faunal component due to their key role in keeping mangrove forests healthy and resilient. The presence of microplastic has already been recorded everywhere, such as in the air we breathe, in terrestrial, marine and freshwater reserves, but also on taps and bottles with water, sea salt, honey, beer, seafood, fish that we consume and, as well as human faeces. 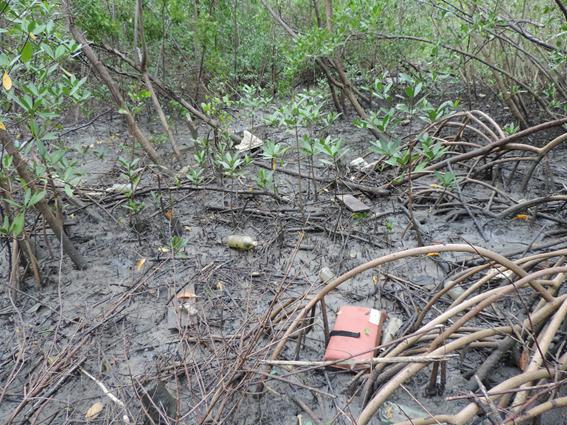 In fact, microplastics are everywhere, but without being seen, which, in general, causes the ignorance of the human population. For this reason, this research is focused on the microplastic universe, in order to reveal to people, especially residents of traditional communities that these polluting agents are increasingly present in their daily lives (e.g. clothes made of synthetic fabrics, toothpastes, beauty products, etc.). Thus, the present project focuses on the identification and quantification of microplastics present in water, sediment and mangrove crab, Ucides cordatus, a species of great ecological and economic relevance in the Amazonian mangroves, such as on the Ajuruteua Peninsula, and throughout the Brazilian coast. In addition, the present project aims to develop strategies to mitigate microplastic pollution, as well as to strengthening the resilience of the environment and highlighting the conservation of mangrove areas for traditional communities on the Brazilian Amazon coast, which depend on the resources available in this system.

Results obtained in the project will be forwarded to the Environment Secretariat of the municipality of Bragança in the State of Pará, Brazil. This step aims to support decision-makers in educational actions, which:

i)enable a better understanding of the problem in the Bragantine region;

iii) promote guidance on the treatment and proper disposal of plastic particles. Finally, I expect that these actions will effectively contribute and help keep the environment clean, thereby positively influencing social actors in different spheres.